Unexpected development of the week: our kitten Lasagna aka Lala! 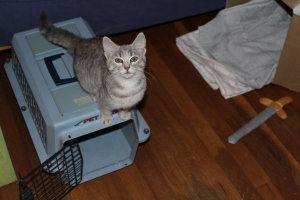 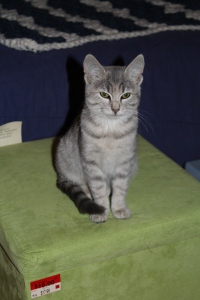 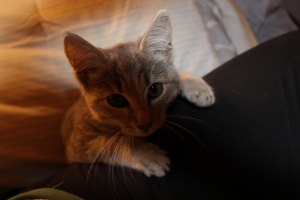 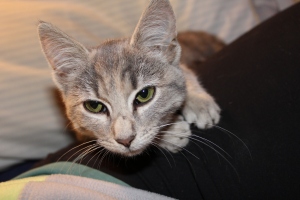 After the windy and dreary day that was yesterday, it was nice to have a sunny, though chilly, day.

Batts other person was down from NY for the weekend so I decided that I was going to lunge Subi before she got here. For some reason, today I had it in my head that I needed to lunge him. I rode on Thursday and just hopped on him. Today, lunging was my mindset.

Thankfully I decided to follow my well thought out lunging plan and Sub was a complete and utter fool. Seriously, he was an idiot. Strangely, he was fine walking from the paddock to the round pen, but once in the round pen… For some odd reason, I decided I’d lunge first than groom/tack/ride. So, I put my muddy pony on the line and told him to stand. To that, he flew backwards. Once we mastered standing, I asked him to move forward and forward he exploded. Normally I need to encourage forward movement and we start at the walk and then trot and do lovely trot halt transitions and eventually canter. Today, Mr. Lunatic decided that bucking, rearing, lead changing, spinning antics were in order. He was a little too athletic and almost fell over (that usually phases him, not today) so I basically stood in the center of the round pen and occasionally encouraged him to continue moving forward and tried to prevent his attempts to rear and spin and change direction while the lunge line was wrapped around his head… He also considered cutting in and bucking/kicking out at me, but upon realizing that that trick no longer scares me (he’d never actually kick), he cut that from his repertoire. Seriously though, he was an idiot. He was just up and crazy. Not spooky either, just pretty much nuts. By the time were were done, he was soaked (it took me 30+ minutes to get him quiet enough to walk…) and hot and in need of a bath. In light of the 40-50* temps, we settled to for a sponge bath with warm water and pile of coolers. I elected not to ride (upon leaving the round pen, he started acting like a fool spooking/rearing when he saw my friend–who was standing exactly where she was when he got pats from her minutes before) and while I might have chickened out, sometimes staying in one piece is important. Plus, by that point, I’d had enough of his antics… At least he was tired (though evidently not tired enough to stop being an idiot.

Not overly thrilled about his november bath..

Since my friend wasn’t planning to ride, I ended up hopping on Batty and we had a lovely time. He was sound, really loosened up at the was both before and after we stretched his legs, and was just lovely and happy to be working. We started off with some trot and canter sets on the hill and then headed into to the woods to hack and do some pole work. Again, lovely. He was using his butt as we trotted around, had a big, gorgeous canter, and was happy to see some poles. At one point, he just sort of started doing his own thing and while I should have corrected him, he was moving SO well and was so happy and impressed with himself, I just didn’t have the heart to stop him. So we cantered around when he decided we were going to and ultimately cantered our 4 poles perfected. We ended with a baby cross rail (1, he’s out of shape and 2, all my standards are in the back yard and I only had 2 crates in the woods) which he had fun popping over (while NOT treating it like it was 3′). Called it a day at that point thought I’m sure we could have both done more. It’s just nice to have him when he’s HAPPY and willing and comfortable. He can be such a good boy. 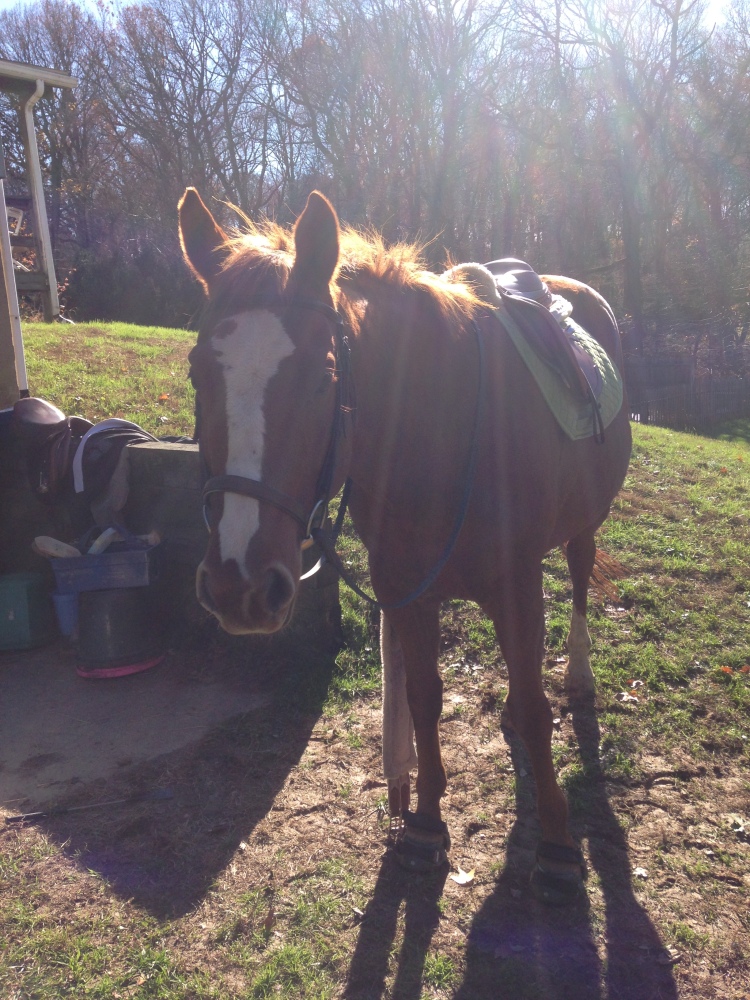 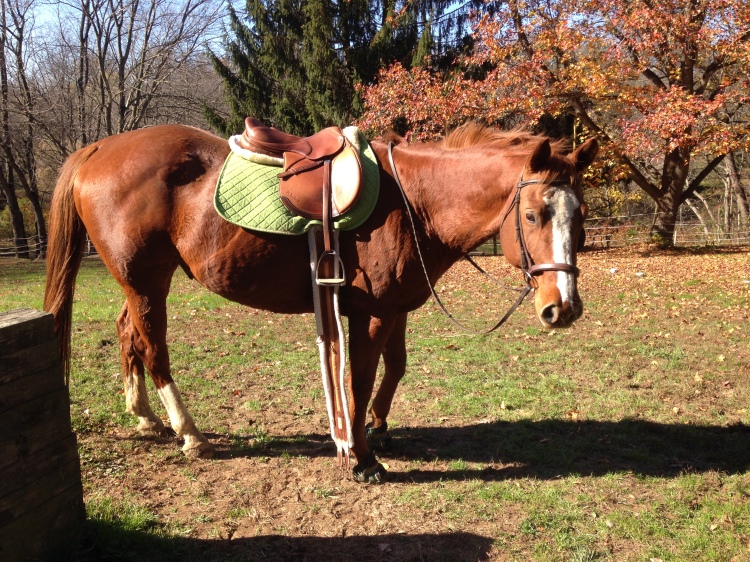 Not sure why the girth is half off but…

In other news, I managed to be runner up for most improved in Viva Carlos and Equestrian at Hart‘s 2pointober! Was not expected that. I started my attempt at No Stirrup November with a little trotting on Sub on Thursday and more trotting today with Batty. I have to say, it’s MUCH harder to post without stirrups while trotting up or down hill. My legs were burning pretty quickly.

Looking ahead to next year, if I can managed to get comfortable hauling, I definitely want to start talking Batty to some paper chases and such. That’s his type of thing and it’s something I think we can both have fun with. 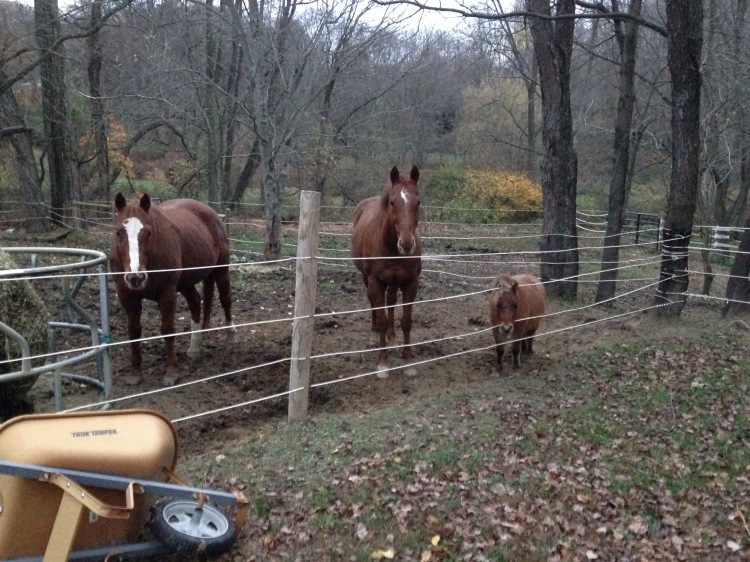 As my husband coined this picture: Prisoners in the prison yard