Another week, another Ranger recap. 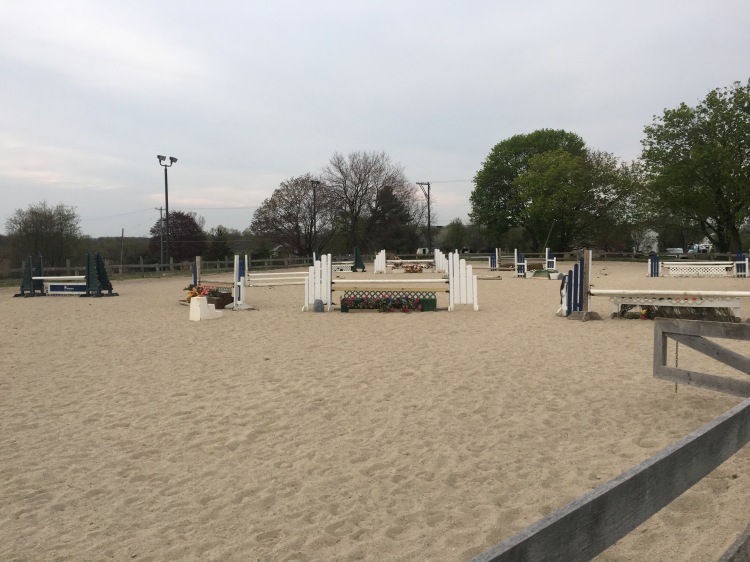 As I mentioned last week, Ranger has been dealing with some…soundness issues? He’s just been a little gimpy-ish lately. Off but not lame? And, he works through most of it. The best I can describe it is sort of a muscle soreness and the more he stays still, the more he stiffens up and the worse he looks and feels. The more he moves, the better he feels and looks. He was definitely feeling gimpy at the trot though and I was thinking about bowing out of the lesson…

But once we cantered, first of the right, he REALLY loosened up and moved out and started feeling good. And actually felt decent and even then to the left, his less good direction (even on a good day, he STRONGLY prefers his right lead. 9 times out of 10 he lands on the right lead). At this point, I started to feel less bad. So, after cantering we stood around and waited for the lesson in before me to finish jumping and got a  little stiff. So, before jumping, we cantered around on the right lead again and re-loosened up.

We started off trotting in to a pole to a vertical 2 strides to a hay bale combination. The goal of this exercise was to come in slow enough that we were trotting, apply calf NOT heel, and add enough leg to have enough energy to carry us over the hay bales. We were also approaching this on a half circle. First time through we completed the exercise however it wasn’t exactly with the necessary energy. To make it easier on Ranger, we changed our approach from the left to the right (tighter turn due to the set up of the ring, but easier for him direction-wise).  This time through, I added the appropriate calf and off we went at the base of the vertical. I do have to say, last night Ranger was jumping the crap out of his fences. His hind end… So, with that in mind, we approached a third time and  Ranger took control and I therefore did NOT add leg. This meant our speed was BEFORE the pole not at the base of the jump. It worked, but was not what my trainer wanted. So, I had to redirect our energy for our next attempt, really focusing on a quiet approach, energy on the takeoff, calf on the landing, etc.

Then the bales became an oxer and I screwed up and Ranger saved my butt. Since this jump wasn’t small to begin with, adding the back rail shouldn’t have made THAT much of a difference so I didn’t change much. So I had the same approach, slow/steady, and then sort of forgot to add leg since Ranger had been taking care of me and moving steadily the last couple of times anyway. This time, he didn’t. Somehow my saintly horse jumped it anyway and saved my butt. Thank you Ranger. That jump felt huge as we jumped it in slow motion. Needless to say, we immediately were forced to do it again, using leg this time (my legs WERE on empty). Thankfully, I had enough to get over and Ranger, not wanting to work that hard, helped me out and over jumped the oxer… I love you.

After a quick break, exchanging a quick story of my stupidity and how I accidentally applied for a job a prison librarian a few years ago without realizing it… we moved onto something else. Inside white rails around to the outside line along the fence.

So, the weird thing about this was the approach to the white rails was tight and strange. Basically, right between 2 jumps and the mounting block and don’t jump the wrong thing type of thing… One of those know how to steer kind of thing. But, we could land right and then continue right lead around to our outside line. Again, Ranger was jumping the crap out of these things. After the first one where we moved up for a nice spot, we were a little slow and instead of holding back, I actually listed when I heard my trainer say forward and drove Ranger forward to his next line and, again, moved him up for his line and kept moving up for the 6. I was not only seeing spots, but I was moving up to them, riding forward and aggressively. I guess I need to learn to trust my eye since its routinely there and when it’s not, nothing bad happens with Ranger. And he responded, again, by jumping the crap out of everything. Seriously, he gave me 159.75% last night.

So, we did it again and added in a 4th fence, inside single off the corner with the brown boxes which actually felt huge (especially since a certain pony was over jumping it). The first single was fine, easy even, but the line, not as great mostly due to the entrance to the first jump.  Basically, the line is ALMOST on the rail, but not quite, so I was staying on the rail a little too long so it was impacting the first jump slightly. I mean, it was fine, but a little forced. The second jump in the line was good, but I had to ride him a bit up to it due to the approach from the first jump. Then as I’m turning the corner, something my trainer said made me realize there was a jump 4 and we continued to that. And Ranger sailed over it because he’s awesome and was jumping amazingly well.

Outside line. The first jump was strangely larger too which made the thing odd… Pony standards top hole! Or maybe there was another rail since we don’t normally jump with extra jump cups…

Our last time through (which may or may not have been the next time as I thought I did the 4th jump 3 times), we finally fixed the line. So, after having a nice approach to the first jump (I’m so glad I didn’t start screwing something else up), we stayed slightly off the rail so that I could have an easier time getting to jump 2. It worked and that just made the line flow so much easier. The 6 was there though Ranger was getting a little tired (or maybe that was me?) so I still had to work to keep us going. Thankfully, since we were landing right, no changes were required and off to jump 4 we went. Wasn’t my favorite jump of the night, but decent enough to end with. Seriously though, that horse gave me his heart last night. Love him so much. Once he loosened up, you could tell he felt GOOD. And wanted to move. Or at least jump. 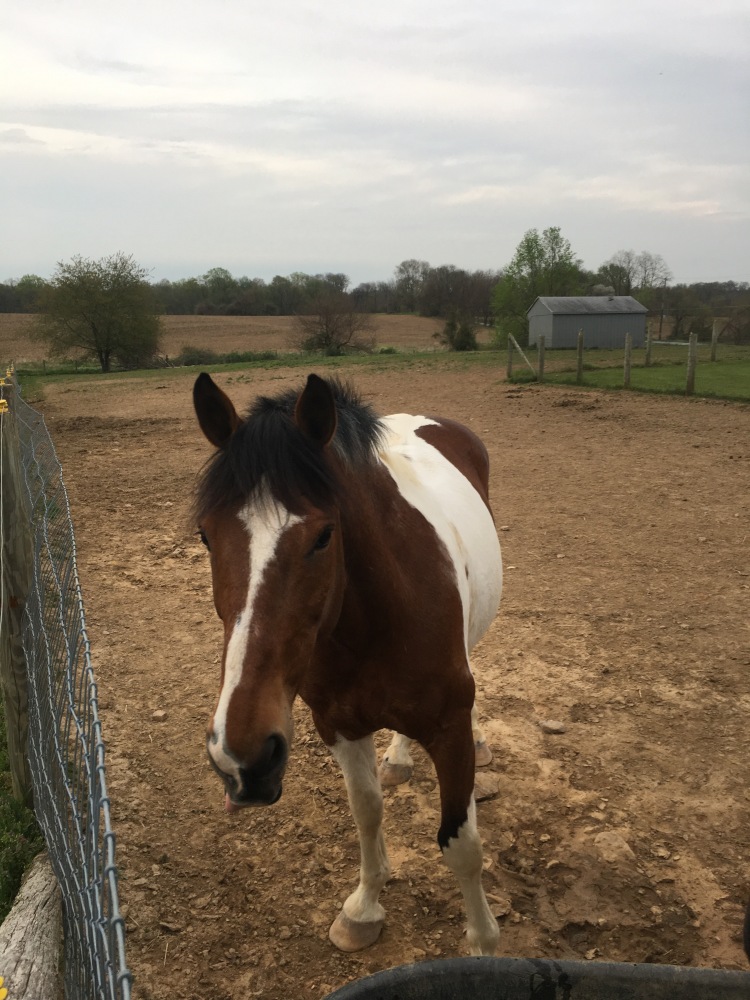 The BEST Ranger pony in the world.

My trainer made an interesting comment about my riding last night. While I am usually accurate and have an abnormally good eye, I am rarely that bold, forward, and confident. Evidently I need to ride like that more often…

Another adult in the lesson before me who was cooling out her horse while I was jumping some commented after how I was jumping some big jumps. Which fine, some where, but… I kind of responded that we do sometimes and that it’s nice to get back to it and I guess it surprised her that I’ve done this before? I mentioned that I had a retired gelding who I did a lot with years ago (which I did. When he was actively in work, we did jump 3’+ in lessons) and also a stopper who I don’t really jump anymore. I just don’t like people making assumptions. Of course, if she were actually there every week, she’s see that tonight’s height wasn’t exactly anything new either…  maybe my confidence was but the height not so much. Of course, it’s Ranger. He can do anything.

One thought on “Ranger Recap: being bold with big(ger) jumps”