On Monday, we had the local hunter show at Devon, Brass   Ring   at   Devon. This was probably the biggest local 1-day show possible in Chester County, because, it’s Devon and everyone wants to show at Devon. The thing is, Devon is Devon and despite being right here in our backyard, there just AREN’T local shows at the Devon Horse Show grounds. You have a few things (Devon, Dressage at Devon, and now Brandywine I and II, but that’s just about it), so getting to have our local show is pretty cool. 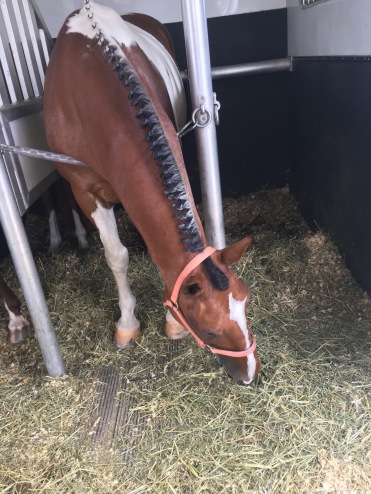 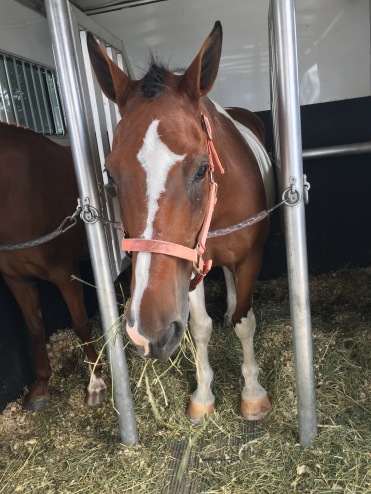 Let me start by saying it was a long ass day with an insane number of entries. Schooling was the night before for those interested, but no O/F schooling day of. Show started at 7:30 and rumor throughout the day was the estimated end time was 11:30PM. Insane. Seriously. 2 rings. The class after me was estimated to start no earlier than 2pm but let’s just say that come 5:45 they were still on Baby Greens, division 5 of the day in the Dixon Oval… I’m pretty sure Baby Greens went on for 2.5 hours. They ended up moving Thoroughbred Hunters to the Gold Ring at the end of the day to try and save time… I finally rode at 7ish after a small(er) low hunter division. 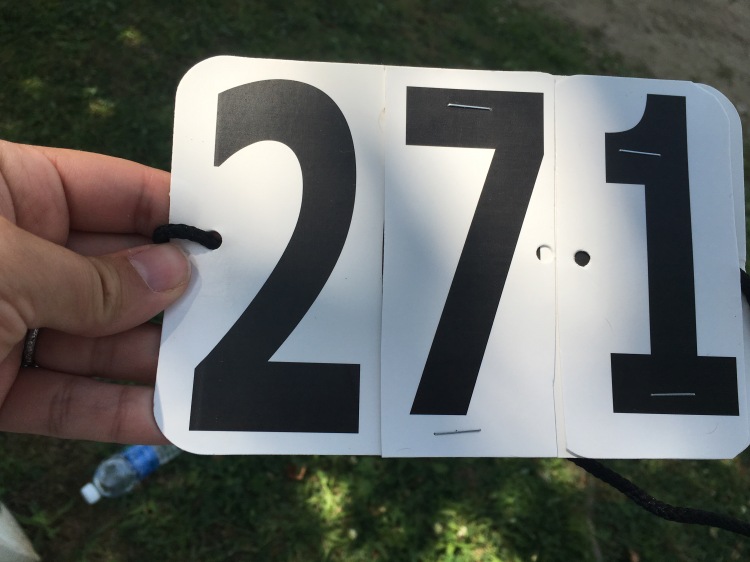 Somehow I ended up with a franken-number ala IHSA… The secretary stand failed to tell the other family sharing Ranger that they should leave the number and since the show went on for a million hours, they’d already left when I showed up… They didn’t want to re-issue another number so they made me this lovely number… Yeah.

Meanwhile is was insanely sunny and freaking hot all day. Because you’re only ever getting burned at Devon OR in the pouring rain. And then the storm clouds started moving in… At some point there was a massive crack of lightning and a long roll of thunder (I swear only 6 of us saw the lightning) and then basically nothing until I went into the ring. Pretty much a little rain and the storm skirted Devon completely (at home we lost power long enough to require clocks to be reset). 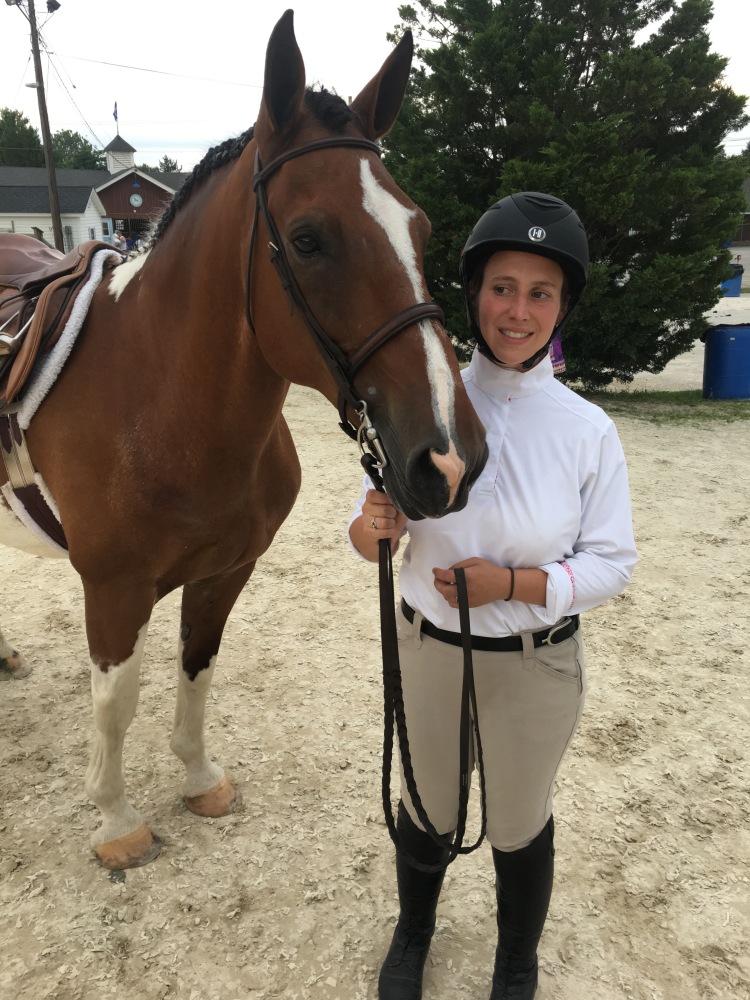 Anyway, the classes were huge (I think we had 17-20 in pleasure under saddle classes) and the horses worth way more than Ranger I’m sure, but we rode in the Dixon Oval which was just about the coolest experience of my life. The cherry on top was our amazing Pleasure W/T class where we snagged our 6th place ribbon in a huge ass class. 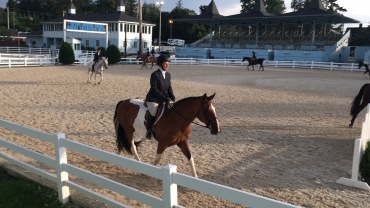 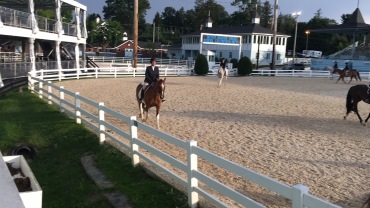 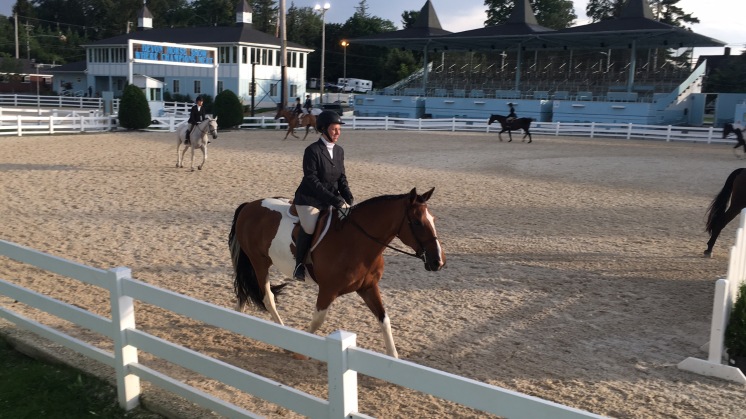 He was great in his W/T/C but I got stuck on the rail too much and just wasn’t seen. Oh well, I’m not used to showing off… I don’t even care. I’ll be honest, I couldn’t even figure out where to go.

Over fences? Our course sucked. First off, it was a test not a course (4 fences…) and I never established a pace or a rhythm and screwed up fence 1 (but, Ranger being Ranger didn’t care and we got over even though we took a rail…). Fence 2 was still too slow, but I moved up and started riding to still get the strides for fence 3 and rode again to fence 4, halted, and trotted out of the ring. Seriously though, I had my rhythm by that point and it was over. I hate courses that aren’t courses. Oh well, I still was in the Dixon Oval, jumped my fences, stayed on, and had fun. We weren’t going to get a ribbon over fences anyway so who cares? 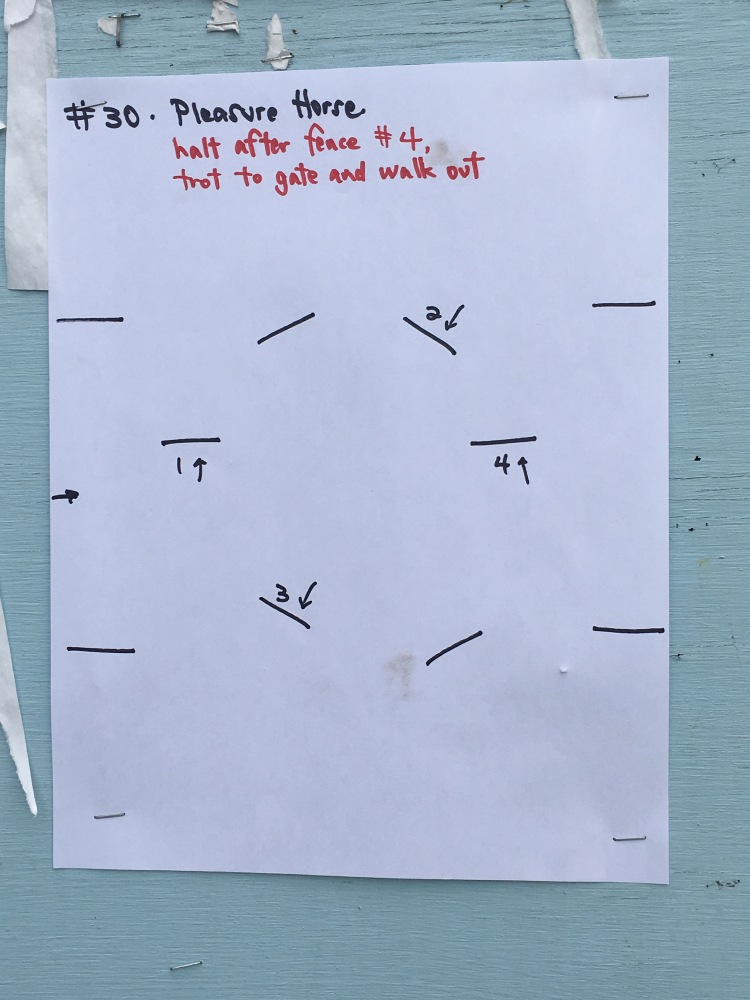 The “lovely” course but whatever… I failed at riding it but who cares. Ranger saved my butt because he’s the best

And with that, I rode at Devon Horse Show grounds on the best Ranger Horse there ever was. 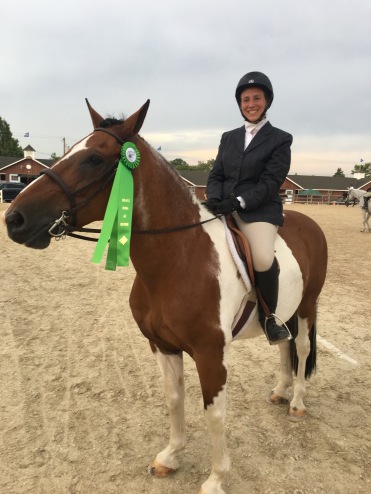 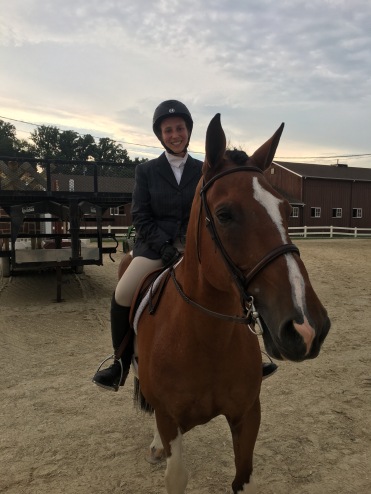 5 thoughts on “Ranger Recap: Devon and the Dixon Oval”