Getting to my lesson this week was a success. In my ongoing wasp saga, I managed to get stung AGAIN last Wednesday a week ago (this time on my wrist) and my entire arm swelled up past my elbow towards my shoulder.  To make matters worse, I went to the doctor’s office and saw someone in the practice  who decided I didn’t need steroids and decided instead to put me on what felt like 12 different antihistamines. Except instead on helping, swelling increased. So, an rx for prednisone was called in. Except, it appears I’m actually allergic to prednisone (I was on prednisalone last time) and broke out in hives from the prednisone. But you can’t just get off high doses of prednisone so I’m still on in (last dose tomorrow), but at least it brought the swelling down. After all the fighting to get steroids… On top of  that, I ended up with bronchitis from severely compromised immune system. 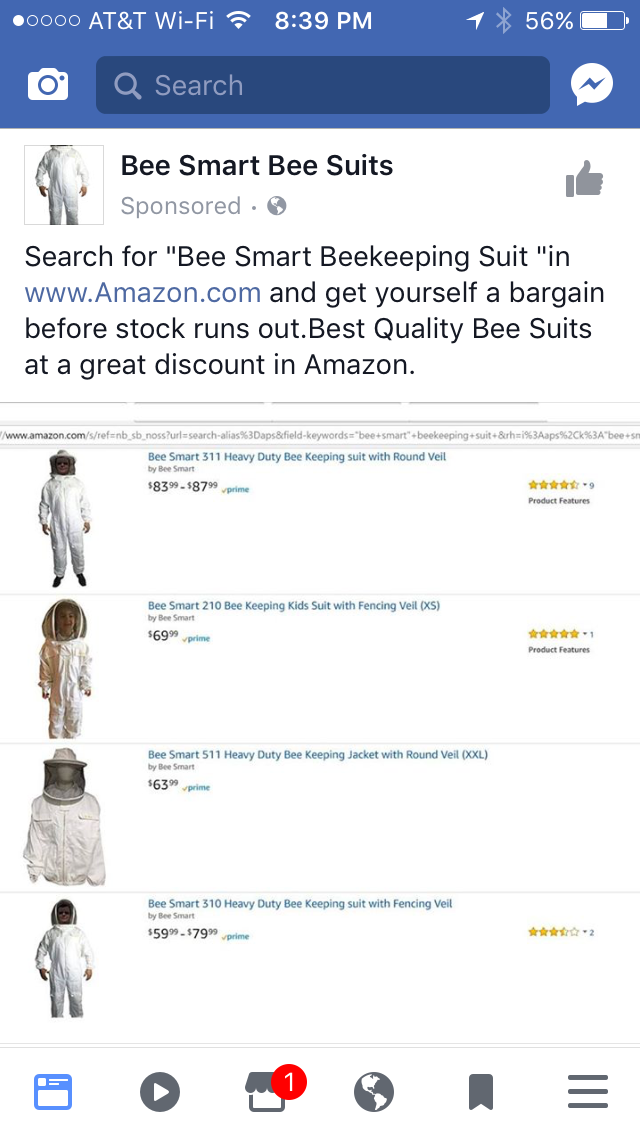 Then, on top of all that, work has been hell. 5 classes to teach this week, so, again, getting to my lesson was a miracle. I was exhausted, had a migraine that morning and residual headache, and probably should  have  stayed home. But, Ranger. And I wanted to see him, I was just tired.  My husband convinced me to go and armed with a bag of carrots,  I headed out.

I arrived at the barn to find Ranger in the field. Typically Ranger is in when I show up, but someone turned him out. So, armed again with carrots, I bribed him into coming in, led a crabby and grumpy pony into the barn. Crabby was the best way to describe Ranger. We had to scream multiple times to Forrest and Elliot. Because, how could be separate him from his BEST FRIENDS? How would he survive?  (Elliot asked the same question…) 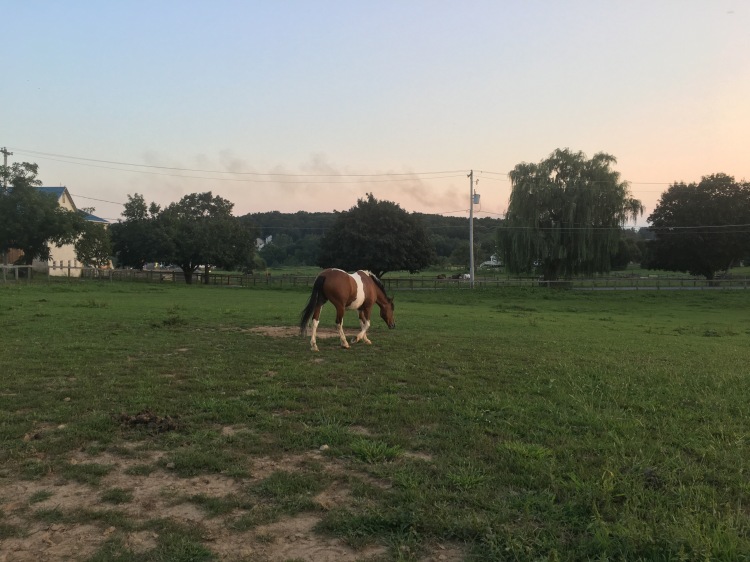 After tacking up, I got on and pretty much felt like jello. I’m pretty sure that was the most exercise I had in a  week. I had to dodge ponies and Ranger had to scream to his friends. Then the  ponies left and he had to complain more. We eventually remembered how to bend at the trot. At the canter he did move nicely, but we were a couple strides away from “let’s take off and gallop around the ring” though he wasn’t strong or anything, just pretty much pissed off that his life was terrible and he HAD TO WORK. The injustice of it all…

We also had a  new course, like an entirely new course with some brand new jumps, gorgeous new standards and everything. I was tired so no pictures. But my brain was on overload. Things looked new. We started off trotting over our straw bales towards the barn, landed, halted and backed to basically remind a certain Ranger-pony that was not in control… This went surprisingly well. That said, I was also at the trot. We then cantered up our outside single towards the road which again went well. Spots this lesson were just… there.

Next things got a bit…Hard. We  were  to canter down an inside single around to an easy inside line in the 7. The issue was going to be the single as picking up the canter, a certain someone wanted drop his head and bolt at the jump. First time, I decided to circle because  I didn’t appreciate it which was a good plan, but then I could NOT FOR THE LIFE OF ME FIGURE OUT THE DAMN TURN and the sun was blinding me. Ranger also started looking at another fence which didn’t help matters. Finally, to help a bit, my trainer stood in front of the other jump and reminded me to look sooner. Picking up my canter, lifting him up and NOT HALF HALTING, I was able to actually get a nice distance to the boogie jump, but got dragged on the landing. I got it back eventually and got the simple change and the  inside line was lovely. We repeated and I got him back immediately and it was all good and easy. The line rode really nicely. 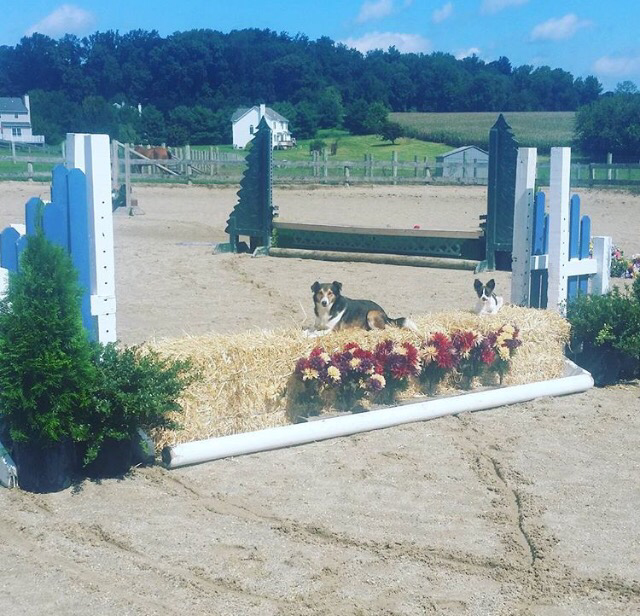 We didn’t jump puppies, but this is what happens when you have no media and you resort to stealing media off the barn’s instagram

From here, we switched to the straw bales and cantered those towards the barn and then continued around to our other inside line in the 6. I was a bit concerned about the straw bales, but other than trying to drop his head at the canter early in the corner, he really listen when I gave him a little tug to lift and then the 6 was gorgeous. It was just a let him go type of line as we were moving past the in gate and I needed to be careful not to interfere. (Don’t let his perfection convince you that he still wasn’t be tortured. There was still much headshaking and screaming for friends and an overall refusal to stand still while we talked about anything….)

Finally, having found my stride, we again cantered towards our straw bales. This time Ranger held the loveliest of canters on a loose rein and I was even able to move him up to a forward distance. Landing, adding leg, we continued to our inside line in an easy 6 and then continued DOWN the  outside single towards the barn with just the slightest lift to remind him not to drop and drag. And we finished with our other inside line in the 7 with a little hold just to make it nice and even. He was perfect.

I cannot explain just  how amazing these jumps felt. It was just one of those lessons.

I had the opportunity to take him for a walk to cool out but Ranger saw the barn, I saw the barn, and hands and legs started shaking. I figured it was a good time to end.

There’s a show on Sunday at the barn. I said no to it and I meant it, but now I’m thinking about it. But, then again I’m so tired I probably shouldn’t. But, it would be nice to go to a show in my backyard with no hauling fees. But right now I’m just exhausted.

3 thoughts on “Ranger Recap: Sit back and hang on”