Yesterday after work, I went out to feed Subi meal 2 of 3. All was well. They horses weren’t eating hay (I’m not sure what’s up with that… Same batch as the rest of the hay that they’ve inhaled… Not moldy, smells fine, can’t find anything), but… could be the heat. I decided that I’d run errands and come back and pick through hay to see what’s up.

Came back and jumped into the hay feeder pulled hay out. No dust. No mold. Lovely hay. (Subi not eating isn’t concerning). Jiminy picked at what I tossed on ground. Batts started pawing violently.

Then he stretched out in the pee stance. 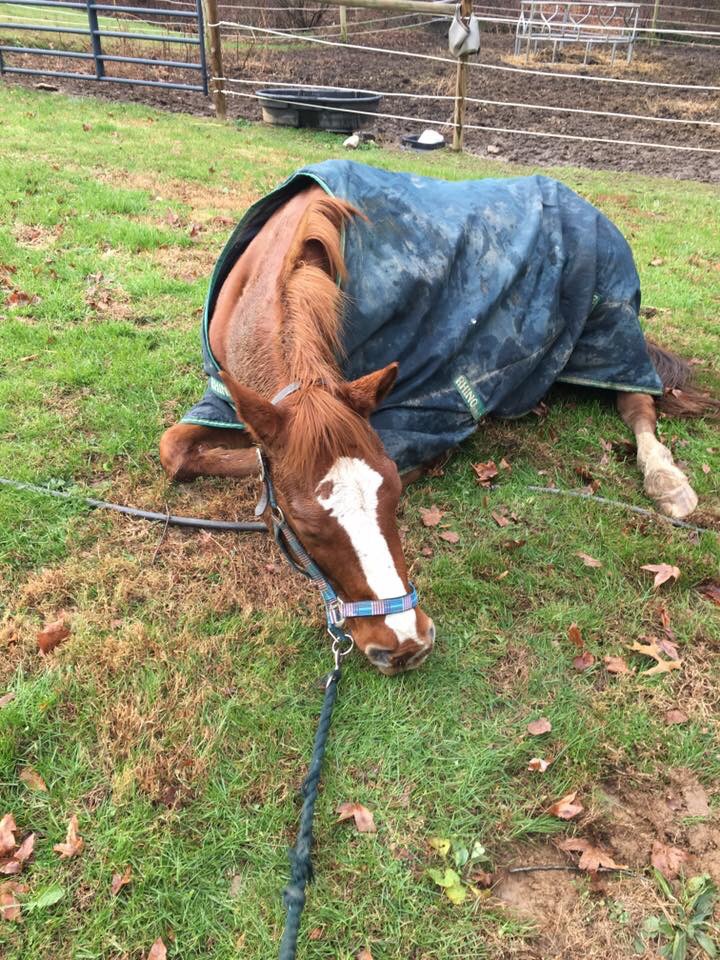 Now, an hour earlier, he was trying to eat Subi’s dinner, but now colic symptoms. Super agitated pee stance and pawing. While I stared at him cursing, he did walk to the water trough and drank a bit, but…

So, with Jiminy already in the paddock picking at hay,  I squirted some banamine down Batts through and tossed both Subi and Batts  down on the grass and decided to wait it out. Typically my vet’s colic protocol with Batty is withhold hay and allow him as much grass as possible. I usually toss him in the round pen with water, but as he was already agitated, I decided to keep him with Subi instead. Interestingly enough, he trotted himself down and picked at the grass for about a half hour which confirmed my suspicions that we were dealing with a mild impaction rather than gas. Because Batts can’t be a normal horse with gas colic. We have to get these stupid chronic impaction colics…

30 minutes later Subi ditched him and was waiting for dinner and Batty was feeling a little better thanks to banamine. I started him on beet pulp and electrolyte soup (basically super soaked beet pulp shreds and electrolytes and a handful of grain for flavor) and he inhaled that. But, he was still dehydrated. 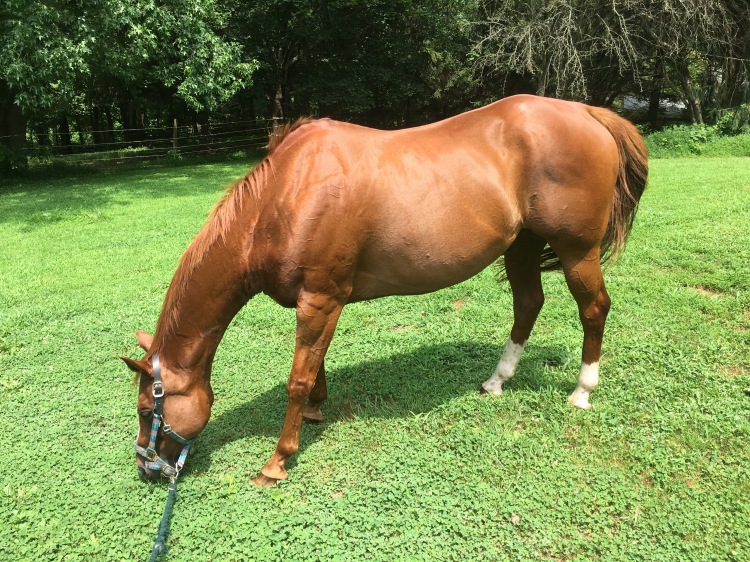 A little later I fed the other boys dinner and gave Batts more soup which he inhaled again.

At midnight he greeted me when I came out to check on him and thankful decided to poop while I was out there. He was rewarded with the soupiest soup yet. Subi was thoroughly disgusted by the concoction.

He received a slightly larger breakfast and had a normal 99.1 temp this morning, but I still feel like something is NQR. I just don’t know what. I think I caught it early. I think he just forgot to drink because he’s stupid like that. But nonetheless…

I just HATE THIS! I HATE COLIC!  I hate that I can’t prevent it.

I don’t ever want to have him back in New Bolton again like he was a few years ago for around the clock fluids. 3-4 days in the Colic Wing… Not fun. I just don’t know. He was part of a clinical study while there and had an ultrasound that revealed NOTHING.

Anyway, he’s getting a few more days off work. It’s a gorgeous weekend too. I guess I don’t need to open up my tack compartment in my trailer yet after all…

Now I just have to go home and hope he’s OK.