Sunday morning I finally got back out to Fair Hill with the Batthorse. The heatwave broke on Saturday (I, however, was dealing with another migraine rather than riding Ranger) and the weather was gorgeous.

I rode out from the Gallaher lot for the first time. And while the trails in this area were LOVELY, parking was AWFUL. I arrived to find NO PARKING AT ALL (and first thought I was going to have to back in to the one possible parking spot) and then finally noticed people parking on the grass across the street. Thankfully a nice person moved her trailer up to make room for me and I was able to park. Later on the grass area filled up too. But, Gallerher lot = no parking. Just saying. 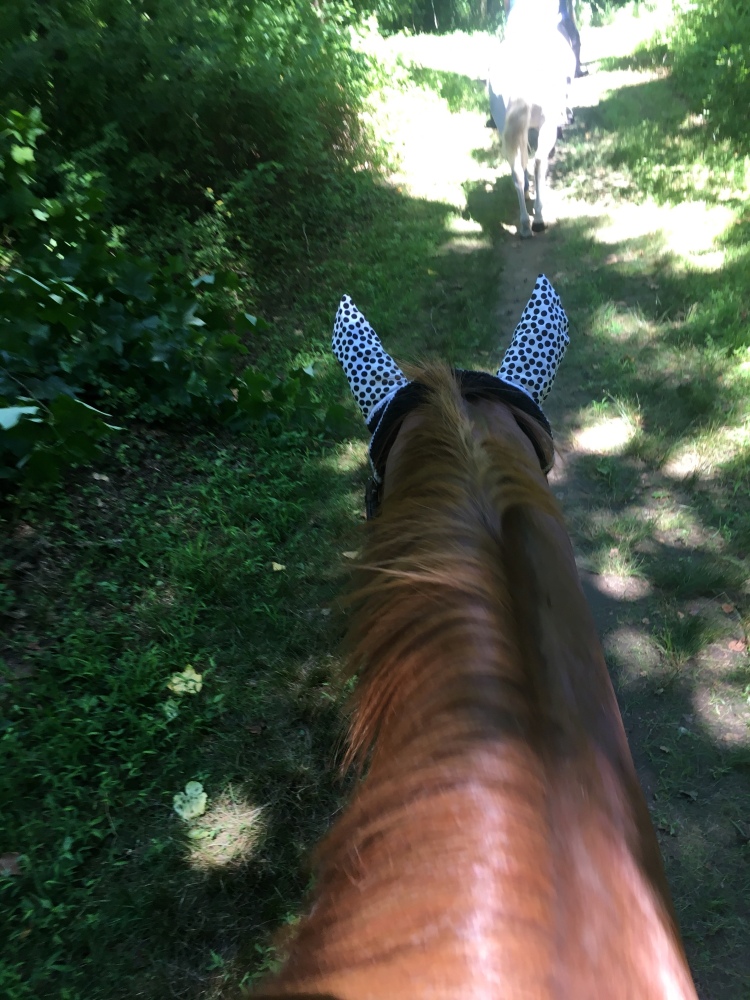 I had arranged to meet a couple of random people via the Fair Hill trail riding group on Facebook. When I arrived, there was an empty red stock trailer that I thought belonged to the people I was meeting (also red) so the person I parked next to invited me along to join her group. Once I was tacked up, my real group arrived, but I ended up going out with the new group as the original group was only planning a 40 minute ride. Now, I don’t need long, but 40 minutes is a little too short. So I ditched group 1 and went out with group 2… Since I didn’t know any of these people… Plus the originally group was running late and I was all tacked up and ready to go.

This brings me to my question: How do you meet people to ride with? Especially when you keep your horses at home? Now, I ride at hunter barn, but primarily with kids on ponies. Most of them are ring kids and they venture out on trail rides 1x per year and beyond that, trails are loops around the fields with their ponies. I like kids enough, but I’m not big on trail rides with 10 year olds… especially on 50k ponies… ha! exaggerating. Maybe. 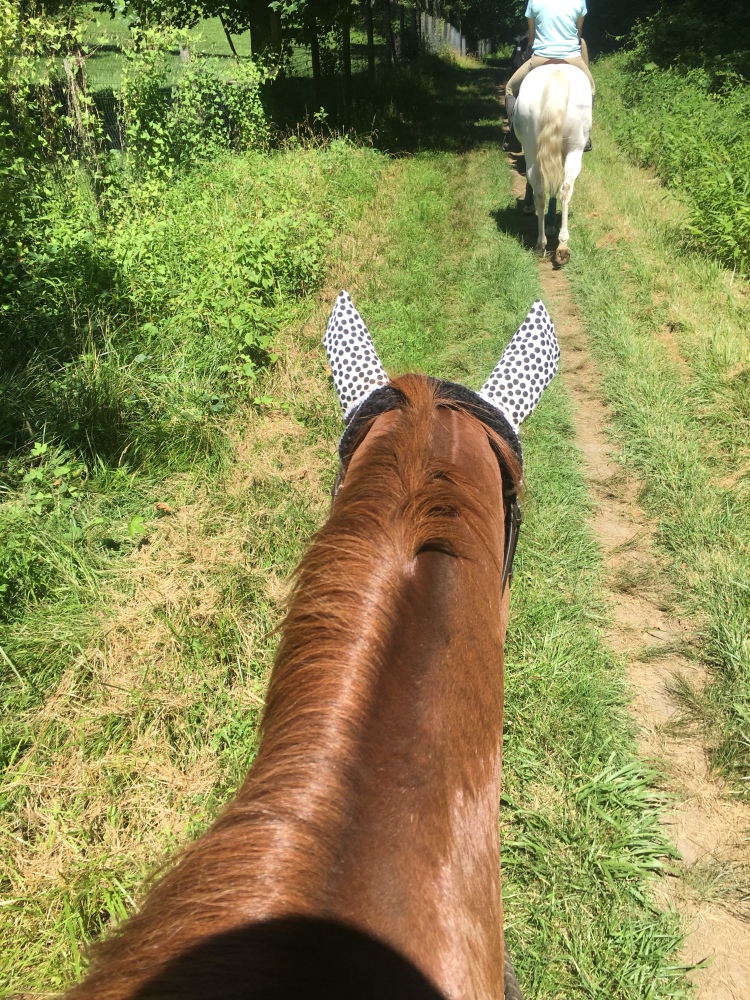 Beyond that, most of my horse friends don’t have trailers or horses. I’m no longer willing to ride at Marsh Creek after past “incidents” related to teaching, at least not yet. Wounds are still too fresh. My farrier suggested just showing up at Fair Hill and seeing who I can meet. As long as people are there, that’s not a bad plan. Facebook worked pretty well even though I rode with different people than planned.

Anyway, the ride was pretty nice. Went out with 4 MARES. My poor gelding didn’t care at all. He parked himself mid pack and only coughed when we stood to take a poll if we were continuing on or turning back.

We did try and take off our bridle once… Any suggestions for a bridle with a WIDE crown piece? I tightened his bit when I hopped off to adjust his boot which twisted, but I’d rather not have him ride with a tighter (than necessary) bit, but idiot Batthorse knows how to take off his bridle (and fly masks — except for the Rambo). Anyway, Batts starts shaking his head and next thing you know, one ear is free of the bridle (or would be if I didn’t catch it). Michele saw this happen last trail ride… I’m thinking a wide crown piece would make this more difficult? This hasn’t been a one time incident and has happened multiple times over the past year or so? With and without fly bonnets. Suggestions welcome!

Anyway, all and all we were out for about 2+ hours. We went over multiple bridges without incident (all following fearless leaders) with much praise. We crossed tiny creeks and went through woods. Batt was his usually calm self. Love this boy so much on the trail.

I exchanged contact info with our leader so I might have at least one person to go out with again.

Eating back calories lost from 2 hours of work…