After days, weeks, and months of RAIN and then abnormally warm temperatures (read, lows just above for nighttime lows), Sunday night was COLD-ish at 25* which meant on Monday morning they semi-successfully delivered…

The ground was frozen and the top of the pad was too, but, as it turns out, under the surface of the pad…wasn’t. So, I have some repair work to do. I’ve reached out to the site prep people for a quote for screenings and a quote for them to do the repairs (my husband says he can rake and tamper himself, but why not ask?) though I haven’t heard back yet. But…

MY BARN IS HERE!

I was shaking like a leaf the during the entire delivery process.

You see, only ONE GUY is here.

And half of it is via remote control.

And then he got stuck in the pad… (no video or pictures, my phone died). Not that he ever admitted that.

But the BARN IS HERE! 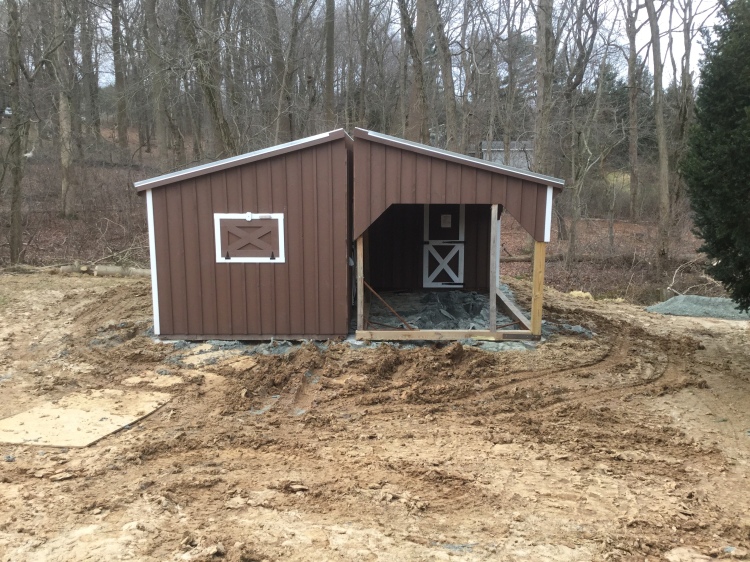 Once the setup is complete, the sides will actually be attached…

A crew should be here today (this morning) to set it up and attach it together so it’s not yet officially up, but ONE STEP CLOSER! 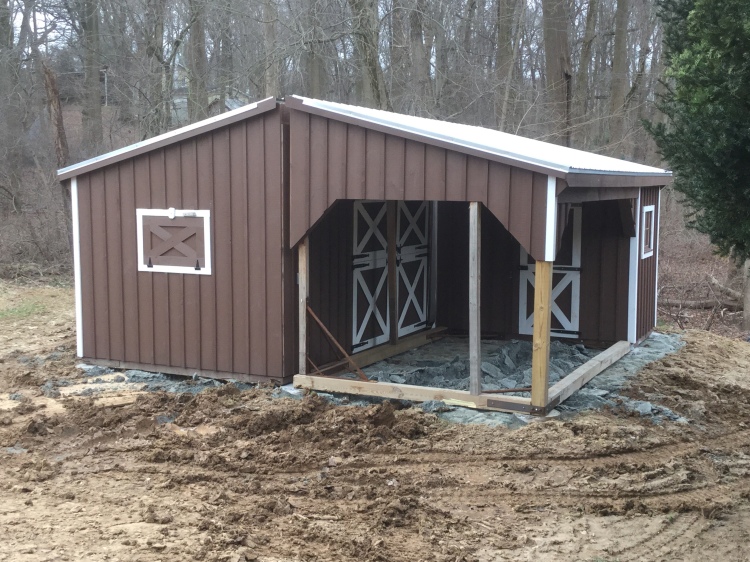 You can see where he got stuck under the overhang… But some raking, tampering, and screenings will fix that. But it’s so pretty!

The stalls are in much better condition. I think the one side just took the bulk of water… 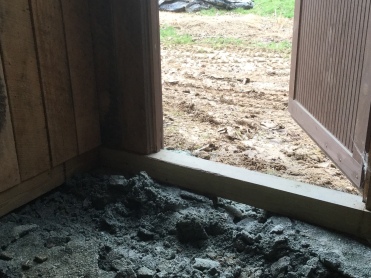 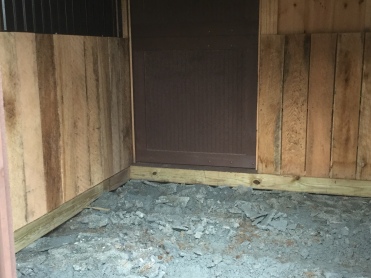 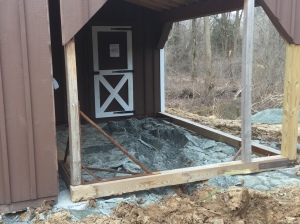 And just because, the dutch doors… 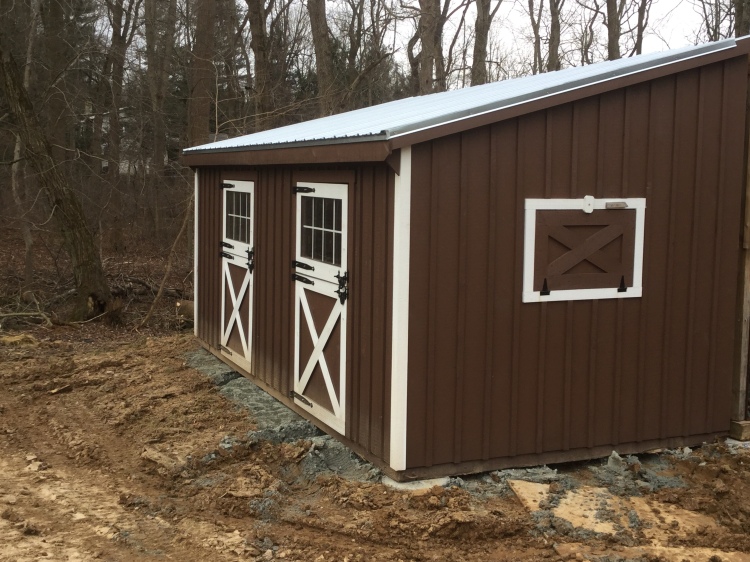 Now if only it would STOP RAINING! The good thing is this area is now protected… I have mats to go outside the stall entrances too plus outside of Jiminy’s run in entrance (I’m closing the run in with round pen panels) so at least where they enter will be OK). Eventually spring will come and seed and straw will go down (straw my go down sooner too).

Leave a Reply to Kristy B Cancel reply