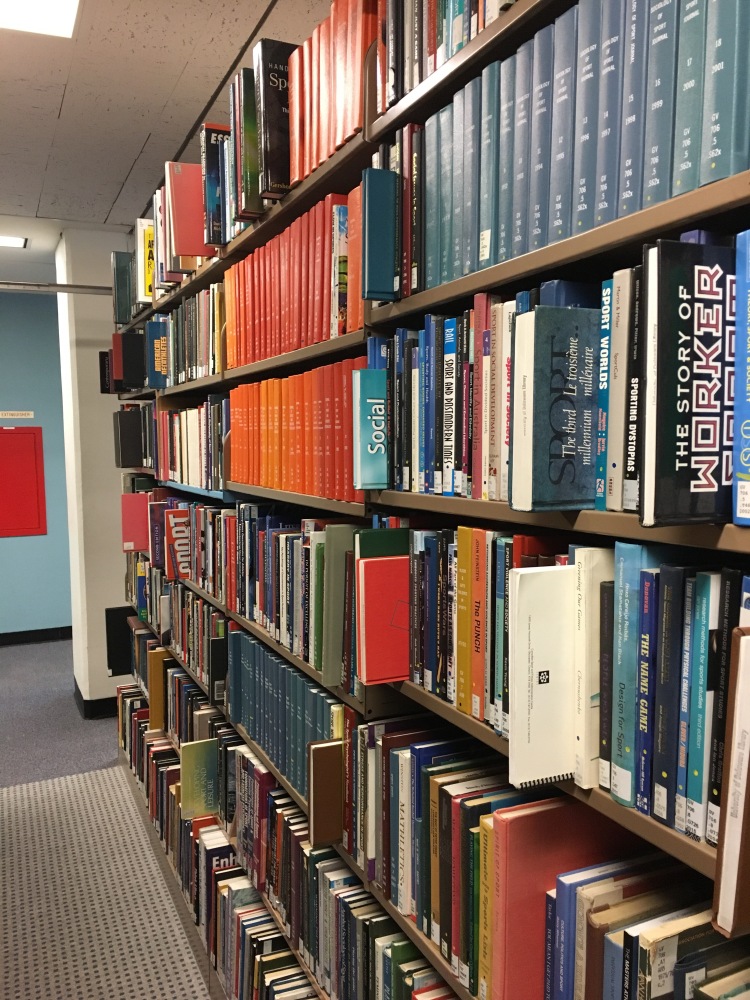 As a librarian doing collection review, we’re currently trying to weed the collection (it’s a 5 year project that involved 3 million books…). Anyway my subject areas are health sciences and agriculture. Fine. But, somehow under health sciences I also have sports and recreation? Somehow it relates to athletic training which lives in the college of health science to which I am the library liaison (yay academia). Anyway, while working on that section yesterday, I found a book called the Big Red Machine. Instead of just looking at circulation stats, I actually opened it up to see if it was about Russia or Secretariat (answer: Soviets). But, this book is a GEM. 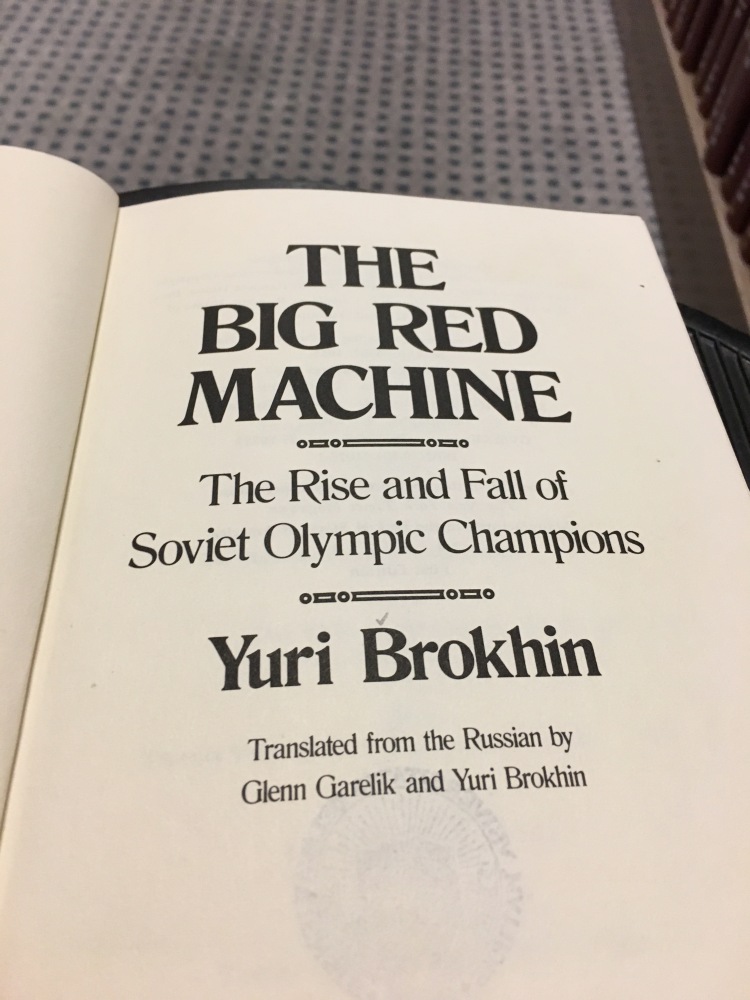 Anyway, I have NOT weeded it from the collection and will be reading it. 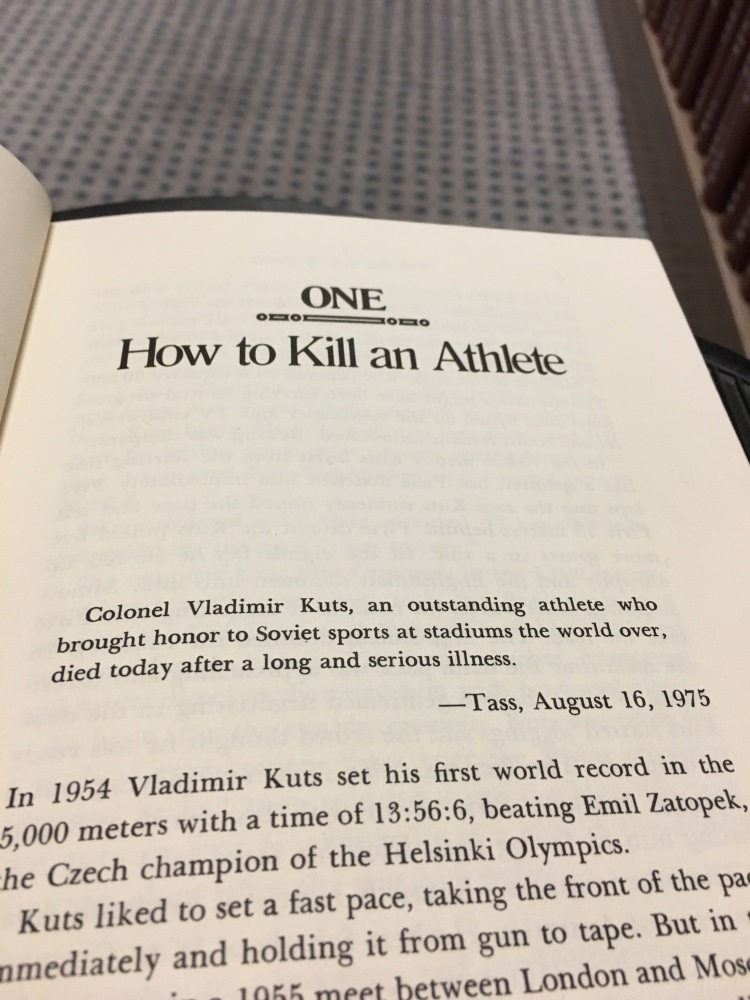 Seriously, this book is gold. 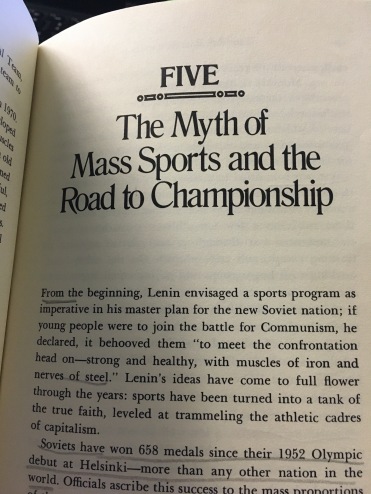 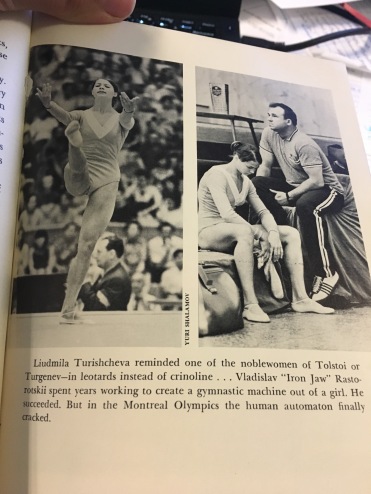 the caption is priceless…

We had a GORGEOUS canter. That canter should have warned me he was not going to repeat last week’s slowness. Canter took NO effort and NO leg.

We warmed up with my FAVORITE think (sarcasm). Cantering a half circle over our log jump. Left lead was amazing. We had a nice pace, turned with both hands and when I remembered where I was going on the landing, we actually picked back up the correct lead (user error). Right lead? Well, other than that one time when I forgot to keep my leg on him and saw a really nice, but long spot and Ranger laughed in my face and ducked out to the left… So then I remember to keep my leg on and it was fine… Thanks Ranger. I don’t know, I HATE this exercise but it is good for me. Pace was LOVELY. This would NOT last.

We then cantered down the long ride to second jump of our inside line (going the wrong way) with the stone pillars. From here, we were to continue to the other inside line (green line). Last week I had a HELL OF A TIME with this line so the goal was to remember to STAY OUT using both hands and then turn using both hands. To the first jump he felt a touch strong but was OK and then we nailed the line that we struggled with. All it took was 6 times last week for me to finally figure it out. Go figure… 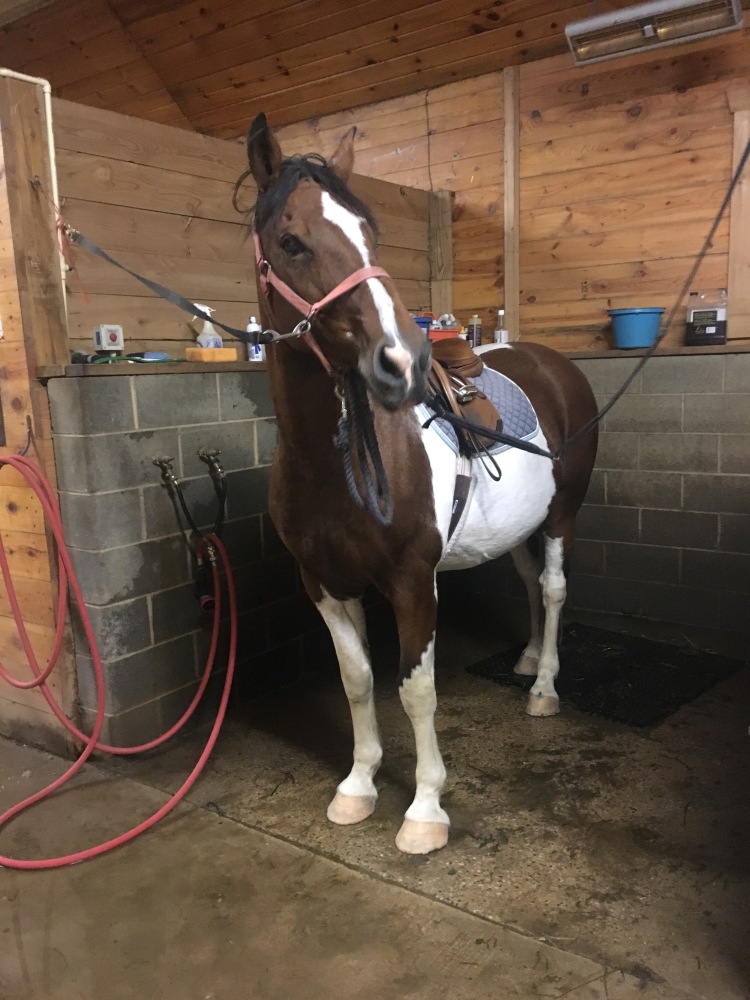 From here, we repeated those 2 jumps and then continued down our outside single towards the barn and then continued around to the inside line doing the whole line the correct way. So, again, towards the first jump, he was strong, a touch stronger and I tried to lift, but didn’t. Then we needed NO LEG to the next line, but again the first jump was lovely. The single was actually OK (but a touch quick) for feeling HUGE since no one put the jumps down and it was legit LARGE but Ranger doesn’t care and then the inside line which concluded at what felt like a massive oxer (again, legit big oxer because no one put the jumps down) and I curled up in a ball… We made it through, but it was ROUGH.

So after chatting about somethings (and Ranger offering his thoughts about how he REALLY SHOULD  BE OUT IN THE FIELD WITH HIS FRIENDS BECAUSE ALL THIS WORK WAS ABUSE), we attempted the course again, this time my goal was to sit back and lift him up and not let him drag me around. The first fence was OK. I help him to a closer spot than I’d have liked, but he actually came sort of back to me and it wasn’t a RUSH AND BOLT type of fence. The green inside line a lovely. Since I’ve actually figured the entrance out, I instead focused on the middle and was able to tug up a bit and fit in a nice 6, rather than the OMG RUSH like the time before. We held the canter and a couple tug ups gave up a NICE outside single (though the thing was still huge) and then the inside line was NICE, like let go and just a slight tug and then sit and  wait nice. Somehow during the course I learned how to ride and Ranger remember to listen and it all worked out. And I didn’t curl up in a ball! What a nice change from the course before! 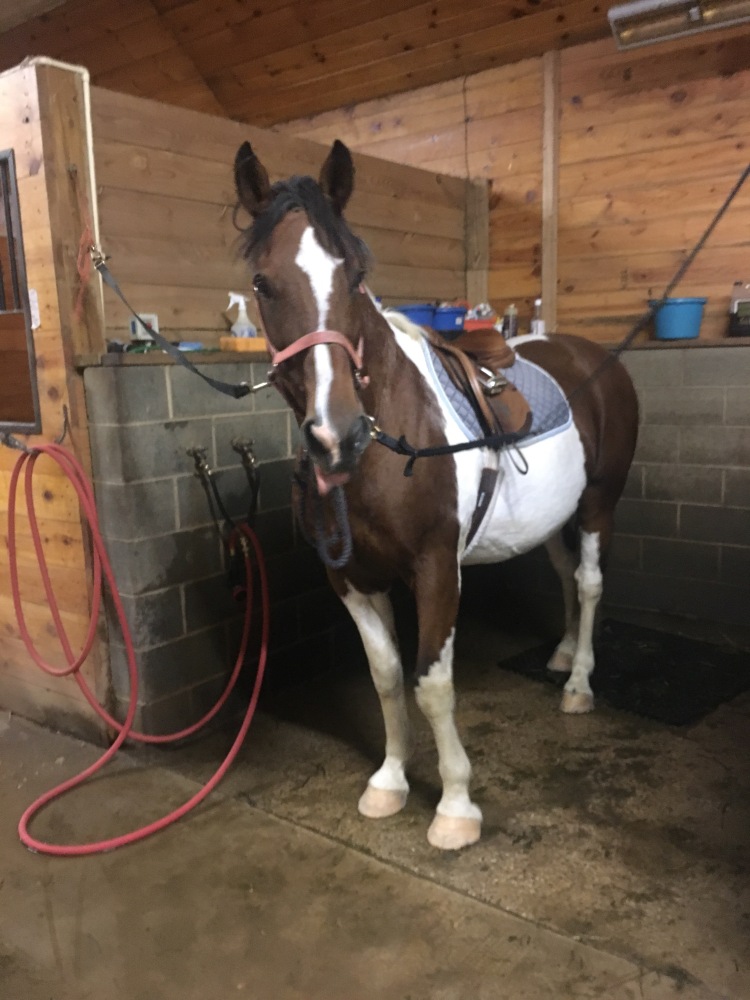 This is what we think of work.

This was probably the first ride in a while that Ranger has been strong and forward and that I’ve been able to get him together without needing to halt and back which is our normal solution. We just continued doing what we were doing and kept him in check. I mean, he never truly got THAT strong (been there, done that), but definitely had his moments of “I want to go, Go, GO!” that were building on it that, but I think I stayed ahead of him this week instead of behind which I sometimes do. Either way, we ended after my last course (and  I realized I never actually freaked out out loud about the size of those 2 fences — sort of hard to do that when you’re trying to keep your horse in check…) which Ranger was super thrilled about.

He was less thrilled that he needed a shower and time to cool out… And was super impatient in the crossties… After inhaling carrots and being reminded he DOES know how to walk on properly, he politely waited for me to remove his halter in the field before galloping off to find his friends… Yep, no looking for more treats this week… 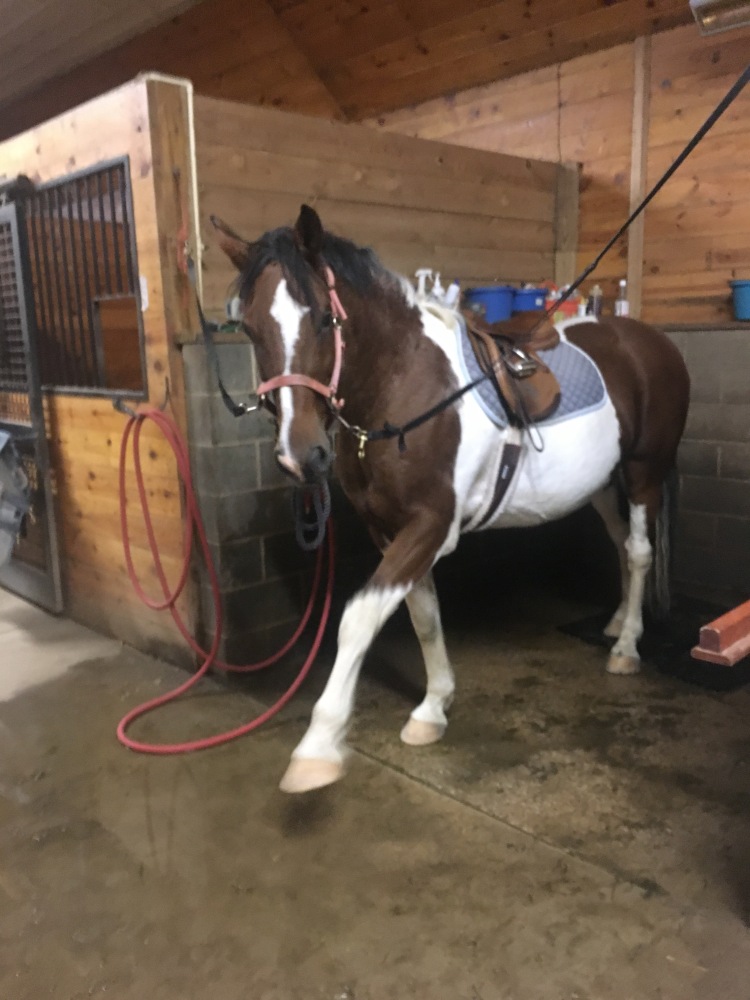 Nonetheless, he’s still the best. I may get a different ride each week (slow, quick, strong, heavy, light-ish), but he’s always the same, safe, honest Ranger who will NEVER stop at a fence, even if I bury him at an awkward, horrible spot (which I’m happy to say I rarely do). I’ll love him for that forever.

3 thoughts on “Ranger Recap: Riding through it”