The weather here has been completely gross. And I have zero media. I didn’t even remember to take a picture of Ranger. So, I’ll just throw in random pictures of my muddy beasts to break up text…. 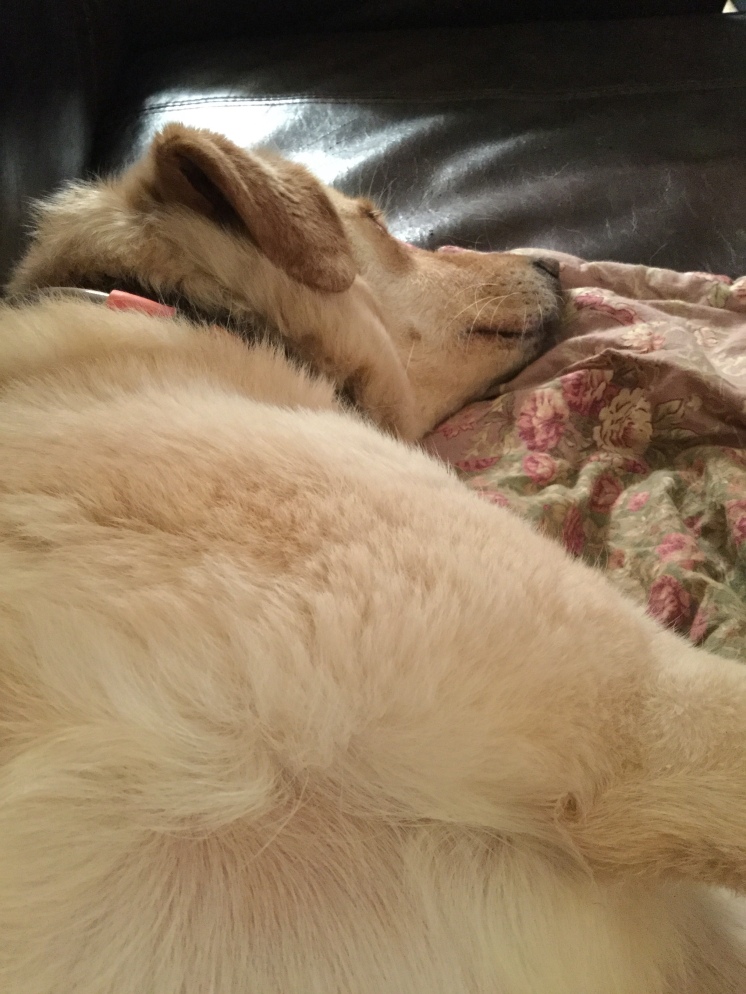 Rain is for naps, right?

We’ve gone from cold and rainy to 70 degrees to 40s and rainy again to finally not rainy but not sunny. I’ve had a headache for 5 days now. My lesson on Thursday was cancelled and we rescheduled for Saturday and it rained because all it does is rain. Yay. Rain. But, Ranger.

We started out with some nice trotting and evidently my right heal was particularly nice. Who knows why? We spent some time circling to get a certain pinto off his shoulder but otherwise our trot work was unremarkable. Cantering was fine as well. Leads were easy and we had some really lovely circles and thinking ahead we canter a really nice small circle in his bad direction where I planned ahead (go me!) and got OFF HIS SHOULDER!

Instead of starting off with an easy single, we started off with the new devil line (course change) which was the inside line, the stupid one stride. I don’t know if I’ve mentioned it before, but I HATE ONE STRIDES. HATE THEM, HATE THEM, HATE THEM! I always struggled with them back with Subi due to his massive stride length. So, inadvertently we’d end up getting a half stride or turn it into a bounce… Oops. Yeah. So I’d hold too much coming in and it would suck. Anyway, irrationally, I’m freaked out by one strides. 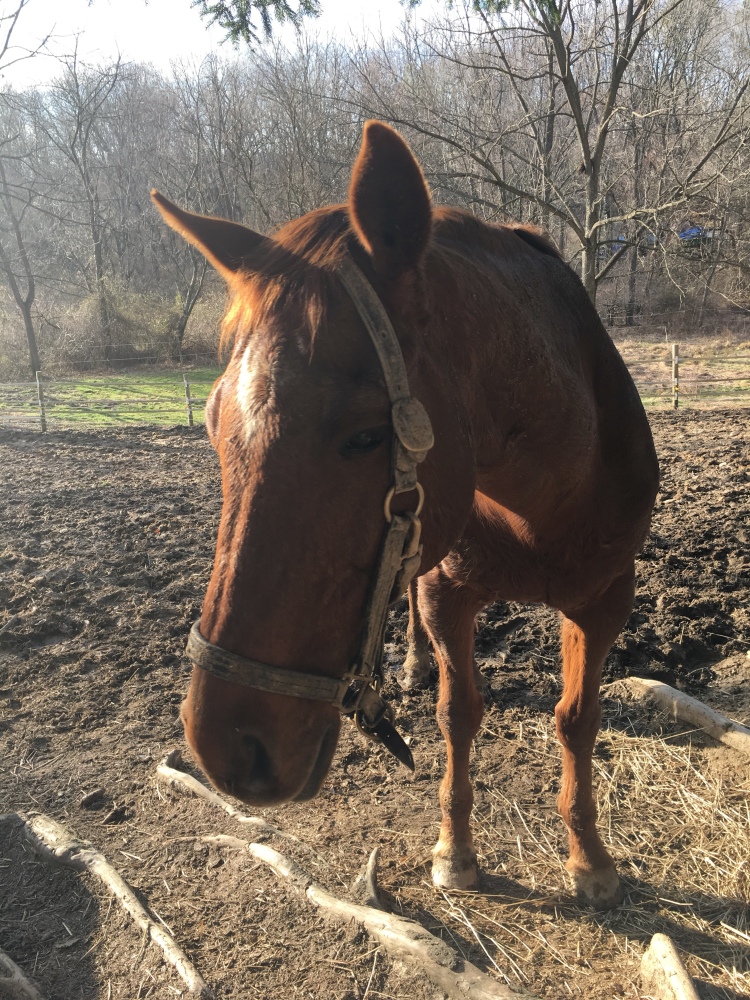 Subi says this is how the cool kids wear their halters

So, needless to say, I whined, was told it was fun on Ranger, and to jump it anyway, and because it was Ranger, I jumped it. So we did, it wasn’t lovely but my goal was survival. We then jumped it again where the goal was “to do more than survive” and to steer with 2 hands and not one (we were wiggly) and it was better. Fun? No, but acceptable. Then the jump just kept go up, and up, and up. We did it probably about 8 times until the second fence, was a 3′ oxer. Then we called it a day with the damn one stride. Ranger saved my butt. It was fine. It was acceptable. It wasn’t even bad. Ranger jumped his heart out. I still won’t say it was fun.

Then we jumped an inside single around to the one outside line in a going 7. The single was good, but we kind of lost the go after the single and then got an 8… Repeat and got the go and had a lovely line. What can I say, I was exhausted after the damn 1 stride…

From here, Ranger soul mate — his current BFF is Mikey as he no longer sees Forrest at all–left the ring. Ranger had a mini melt down. Despite this, we switched things up and cantered the other inside single around to the other outside line in a 6. We had NO ISSUES with the GO and basically worked on COLLECTION while Ranger tried to GALLOP over the DEATH JUMP (ie: SPIKES) down to the other straw bale jump in the line.

Despite his over enthusiasm, it wasn’t actually a bad line, but we repeated and worked on collection. Ranger was still ANGRY but the line was more collected and we found a happy point at which to end… No hand gallop this time. But, even with our attempts to gallop, it wasn’t out of control just lots of power–we easily fit the strides in and he listened, just a bit too much speed. 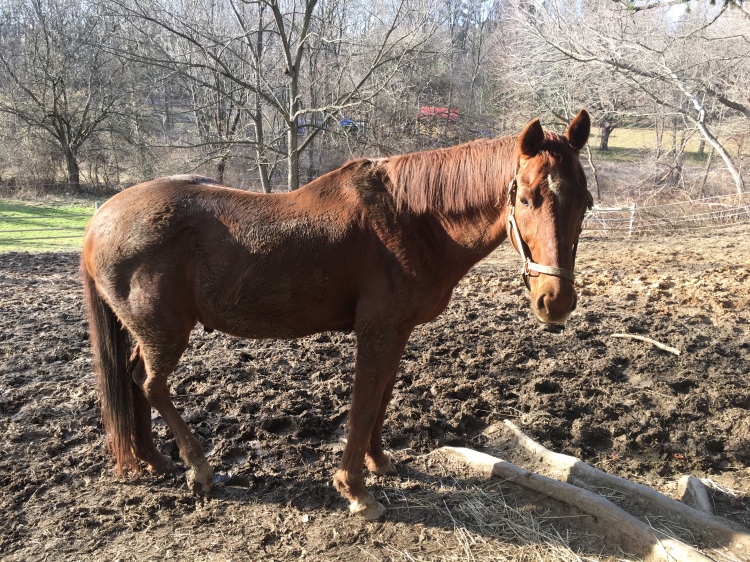 No muscle, overgrown mane, lots and lots of mud, but his weight looks good! Not terrible for a 21 year old retiree

Anyway, I’m sure I have more to say, but… it’s Monday and I’m blanking. 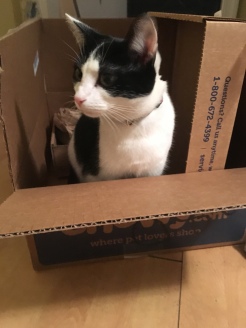 2 thoughts on “Ranger Recap: I hate one strides…”