Houston, we have a problem.

I cannot keep a fly mask on my horse.

If someone were holding a gun to my head, a fly mask would fall off of Batt’s head. 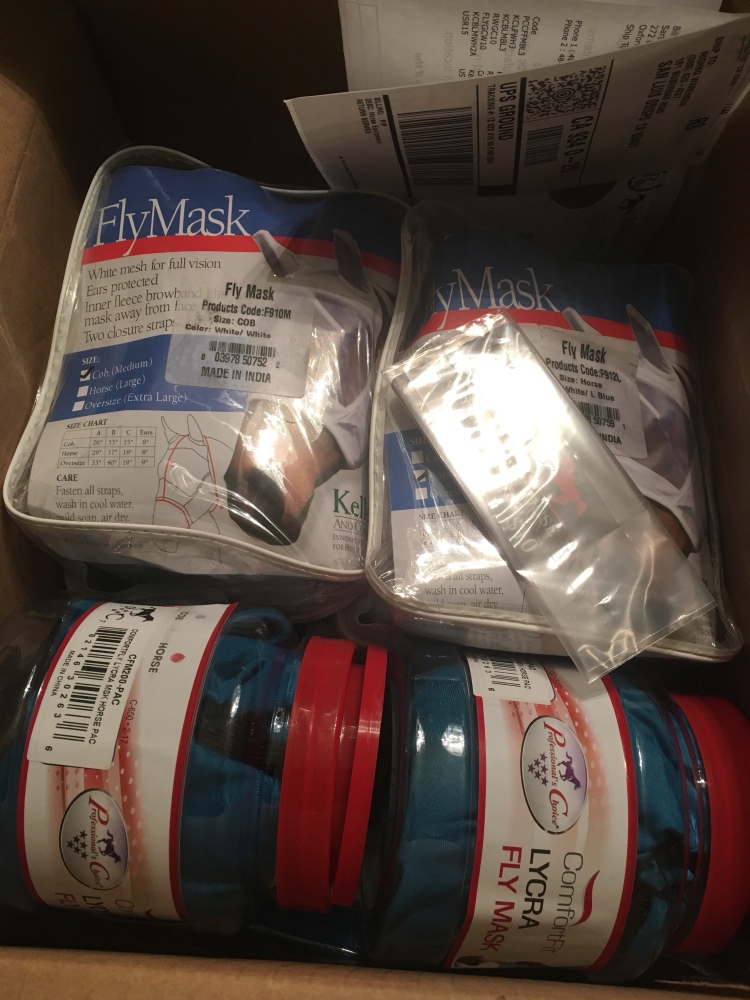 I bought a lot of fly masks. Mission. Fail.

He is also extra itchy this year.

We find the fly masks everywhere. In the dirt, in the water trough, in the hay. Just laying on the ground. He shakes his head and OFF GOES THE FLY MASK.

We started the season with the Roma Stretch Fly Mask. It actually stayed on. Until it didn’t. After a week, this fly mask started coming off. Now it’s a failure and doesn’t last more than an hour. If I’m lucky. Maybe I need a cob sized? I don’t know. Maybe I should wash it in boiling water? What do I have to lose?

It was all so promising and then it wasn’t.

Next up was the Kool Coat Fly Mask. It looked huge but fit REALLY REALLY REALLY well. And fell off immediately. There was NO WAY a cob would fit on Batt’s head. But, the horse size doesn’t stay on. But, at least Batt had fun looking like a race horse?

Then we tried on the  Kelley & Company Brow Lift Fly Mask w/ Ears but the horse size was way too big. Subi is currently wearing the cob size and it fits him wonderfully. I’m going to return it and get him another cob. It’s not going to hold up well, but it’s cheap and I can see his eyes which I like.

When your head is heavy, your brother makes a good head rest…  And Subi modeling the Kelly & Co. fly mask. It really fits him nicely (cob size)

Then I put on an old Rider’s International Fly Mask. Didn’t even last long enough for me to make dinner. Granted it didn’t work when I bought it either, but… Cob size.

Next we put on an old beat up Farnam SuperMask II. These have ALWAYS stayed on but tend to rub which is why I was switching around. The damn thing came off. WTH? I found it by the hay feeder and it’s in the wash pile as Jiminy peed on it. Jerk. Anyone want a miniature? No, wait, anyone want an appendix who won’t keep on a fly sheet? I’ll keep the miniature, he’s happy in HIS fly mask… 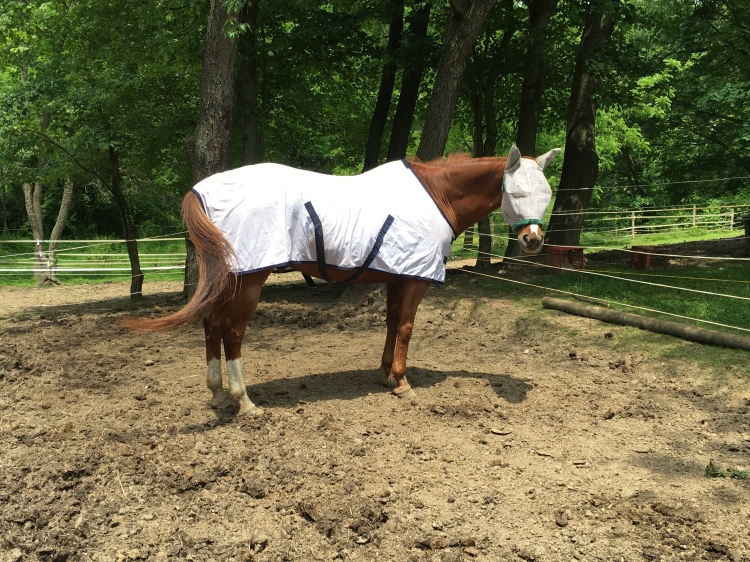 Not the same mask or model of mask (where is that one? I have no idea…) but you get the idea. Last summer when Batty had to wear one of Subi’s fly sheets…

This morning, after retreiving the peed on Supermask with ears, I threw on another Supermask without ears. Maybe the ears are the issue? But he’s ALWAYS had ears????? I have NO IDEA if that one is still on. I didn’t look after I fed. I didn’t want to know.

I haven’t tried a Cashel this year as they’ve never stayed on any of my horses except for Hayley. He has a Pirate mask, but that won’t stay on either. I’m one step away from turning him out with a halter over a fly mask, any fly mask, to see if that helps. Or I can try rubber cement or duct tape. Kidding. Really. 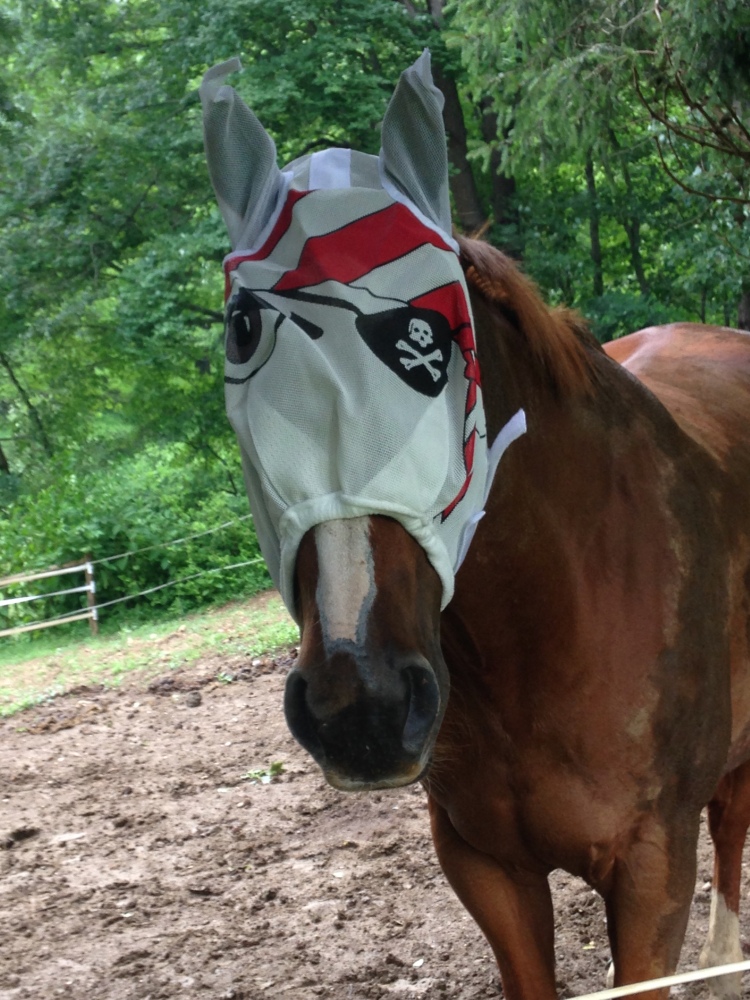 Once there was a Batthorse Pirate…

He has a Rambo Space Alien Fly Mask coming but I doubt it will stay on. I used my SmartPak store credit from when they fell apart and tried to get me to shop with them again to buy it. So, if it fails, at least I didn’t spend real money on it? And maybe it’ll work for Subi?

This fly mask fit really well… Maybe I should sew the velcro back on the throat latch? But, if I do that, it’ll probably fall off just like the rest of them. Because my luck = NONE

I also ordered some feed through stuff because I’m at my wits end. He’s miserable. Even with a fly sheet (but less miserable as he was SERIOUSLY OMG MY LIFE SUCKS MISERABLE when I took it off). So maybe they’ll help somewhat? He’s not hivey anymore either. He’s just dramatic.

Any suggestions? Any way to save my horse from bug hell? Better yet, any possible way to SAVE ME FROM FLY MASK HELL?

12 thoughts on “Batt and the Great Fly Mask Conundrum ”