12 years ago, Subi joined my family.

He’s been part of the family longer than my husband.

He was a spunky, spry 9 year old with plenty of opinions, a massive stride and more scope than I could I need.

The first time I rode him I was terrified. The girl leasing him had just gone off to college and Subi was terrifying. He was fast. She was always falling after the jumps (how, I don’t know). That summer involved a trip to the ER and crutches. I had been riding Atlantis for a good part of the summer. He was a Scott Stewart hand me down who had soundness issues, but carted me around and was the first horse to give me confidence. From him it was on to Dream Boy who was my trainer’s horse and was young and green. He was wonderful but I never felt comfortable or trusted him. Anyway, I was grooming him and had him half tacked when I got a call telling me to ride Subi instead. Nothing like suddenly falling in love with a horse you don’t trust like being told to ride the crazy TB… 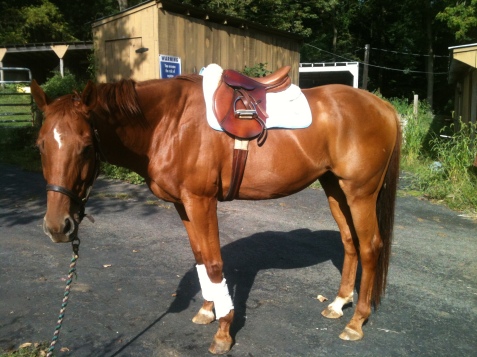 Yet instead of being crazy, I had to use more leg than ever before. I fell in love with Subi immediately. I never clicked with a horse like that.

I had to ask to ride him again (vs Dream Boy) and immediately fell off when he did a 3 in a 5 as I failed to realize just how long his stride was… Oops.

Anyway, we had a number of good years though never showed too much ($$). He’d have been better at shows had we been able to get out consistently but as I was entirely self funded, that didn’t happen. Nonetheless, he was the right horse for me then. Now? Not so much (the horse he was then). 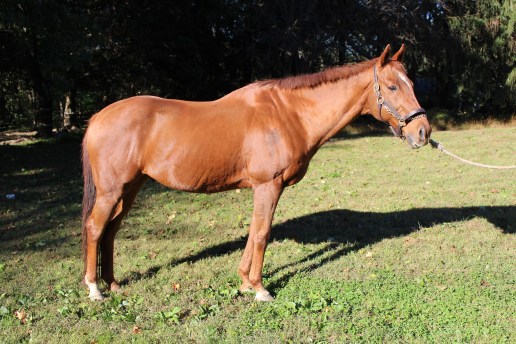 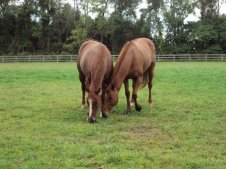 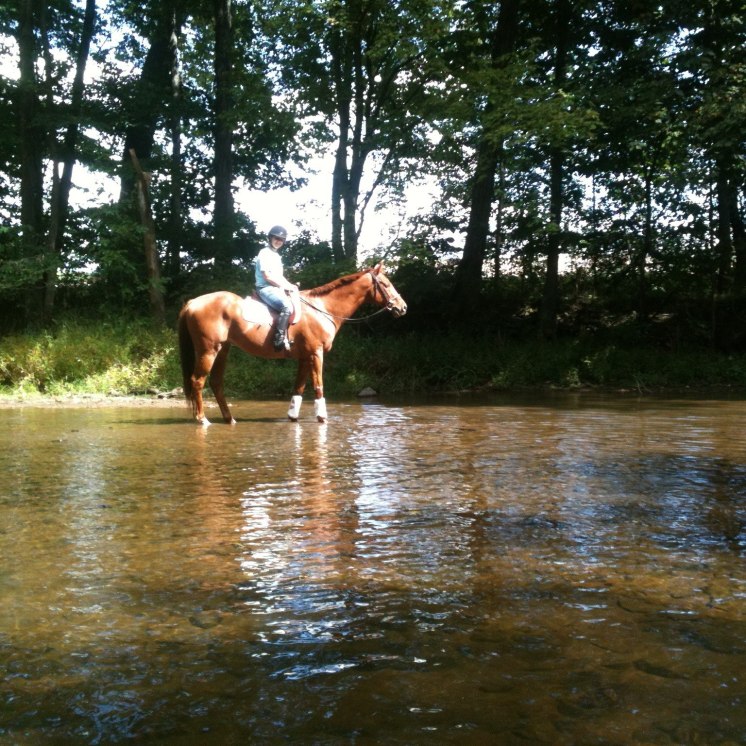 Through the years we had our issues and injuries (including a massive kick the shoulder that healed thanks to sugar packs) and farrier issues. But, thanks to my current farrier of the last.. 9 years? He is now barefoot and easy (enough) to trim. Arthritis is now making trims a little harder. But his farrier fears are long gone. 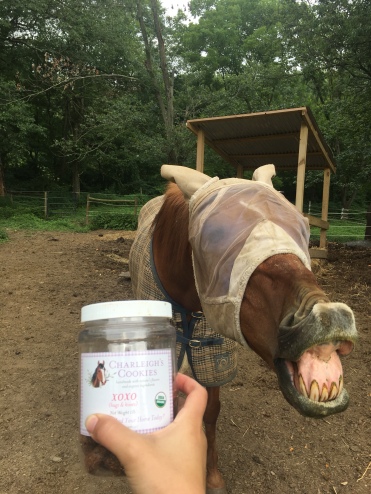 Anyway, as we creak into the latter years of Subi’s life, (and suffer through issues like refusal to eat–another day’s post), I’m just happy to have Subi with me. Here’s to 12 years and to as many more as we can have!