I’ll start by saying, Nay Nay isn’t doing well. I’m waiting for the vet to open so I can put a call into my vet and hopefully, she’ll call me back anytime BUT 2-3 when I’m meeting with my boss. Chances are it’ll be sometime after 5. It’s not an emergency, but he’s just not doing well.

A few posts ago, I mentioned that we were still struggling with ulcers. We’ve been fighting with ulcergard/omeprazole/some combinations of brand name/compounded since March 12. He’s still not himself. Now, I know this can take months, but his symptoms are worrying to me. I think we’ve done well to treat his gastric ulcers (honestly with the thousand-plus I’ve spent, hopefully, we’ve made a dent?), but Nay Nay still is off his feed/hay. He’ll eat up over night in terms of grain (and puts a good dent in his hay at night since we got him his new hay feeder), but barely touches his hay outside and breakfast is tough.

New hay feeder is a hit!

He’s also started with mini colic-like episodes after each meal. They’re not full gas colics, but he’s uncomfortable (paws like CRAZY), paces, is super sensitive at flank, and then once he has a bit of diarrhea/supper mushy poop, he instantly feels better. My vet has been hesitant to diagnosis him with hindgut ulcers because he isn’t colicking constantly/more seriously and doesn’t have constant diarrhea, but…

Hindgut ulcers tend to have more profound clinical signs than gastric ulcers, according to Andrews. Signs include a recurring lack of appetite, lethargy, intermittent fever, colic bouts, occasional edema on the belly from a loss of protein in the blood, weight loss and thin body condition. According to Russillo, typical signs include a combination of loose manure and large fecal balls or, in some cases, complete diarrhea. Liquid manure down the horse’s inner thighs and legs also serves as an indication. —Problems in the Equine Hindgut 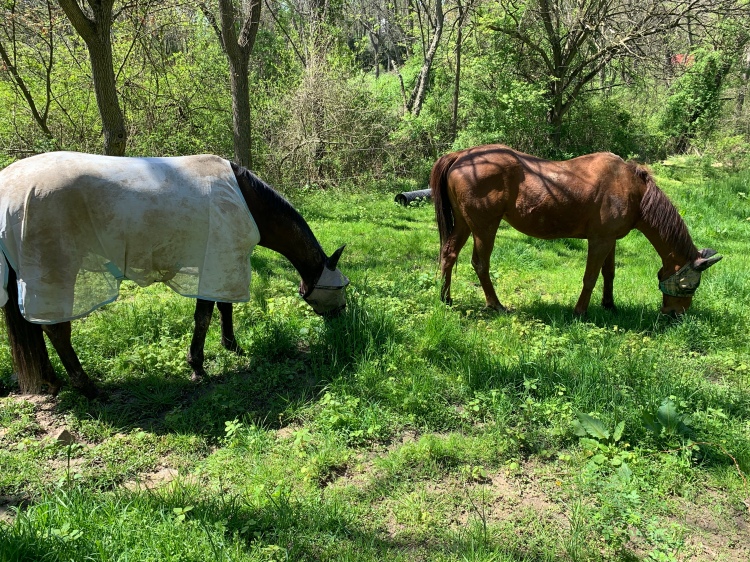 First grass of the season

So, that’s where we’re at. He’s also broken my fence because he’s not smart enough to find the open gate, but that’s a different story that I don’t think has anything to do with ulcers. As of the time of this post, we’re scheduled for a vet visit on Thursday, 5/14 and a gastroscopy June 15. I’m not sure if we can start with bloodwork or if we need to go right to ultrasound:

In terms of diet, I’ve heard everything from no feed and all hay to no long stem hay to all alfalfa to complete feed only (ie: Purina Equine Senior) to low sugar/starch which would eliminate the Equine Senior recommendation. So, who the heck knows. It may also be getting in the right meds. I just want to get him feeling better. At this point, our current path is NOT working. 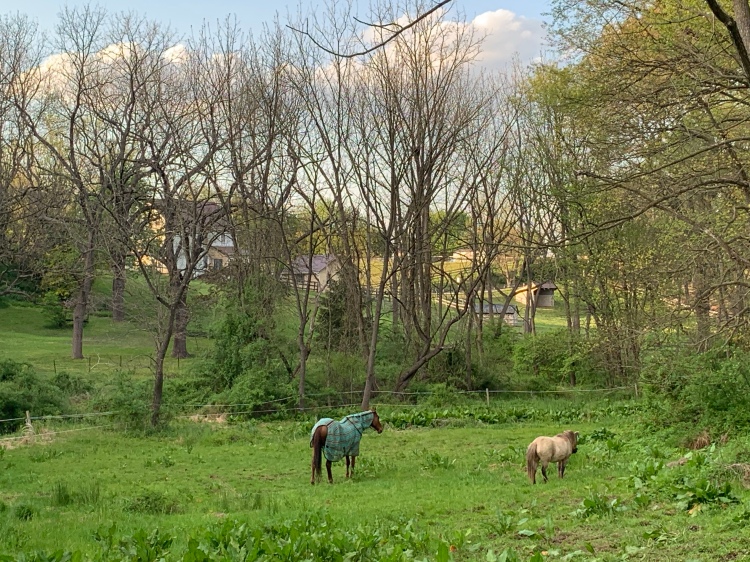 7 thoughts on “A little bit of an update”